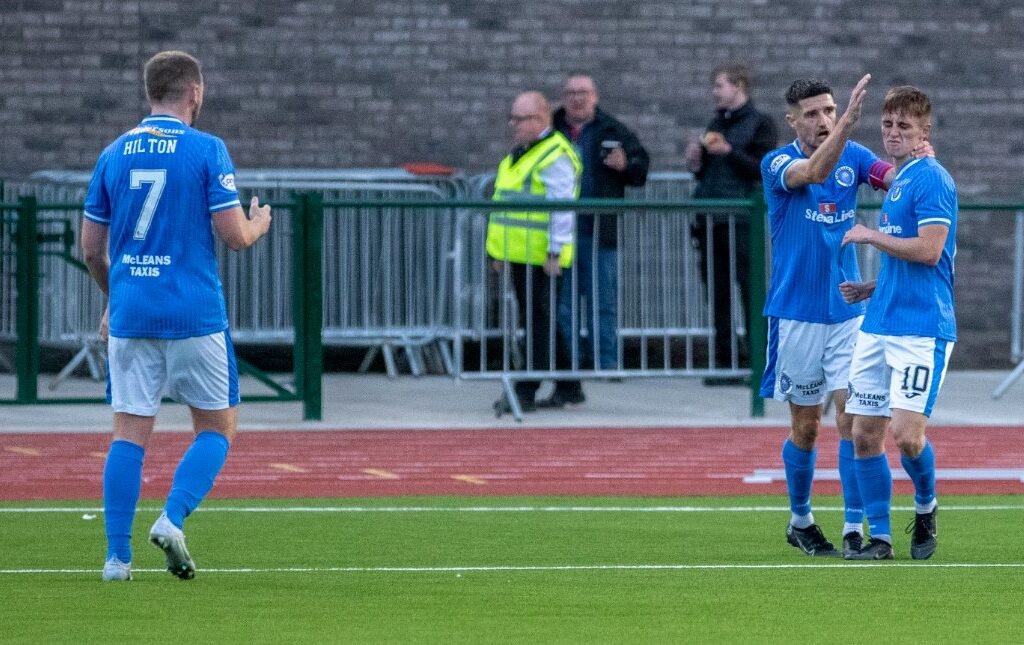 Jamie Hamill’s side more than matched their opponents throughout, but two fine free kicks and a well-taken finish from former Hibernian midfielder Handling earned victory for the hosts.

Josh Walker rounded the keeper to level the scoring for Stranraer five minutes after Handling’s first set piece, before Luke Watt grabbed a consolation with an unstoppable stoppage time strike.

The Blues had plenty of chances to find a way back in the second half and twice hit the woodwork, with winger Matty Grant also coming close.

Attention now turns to league business and the visit of East Fife to Stair Park on Saturday.