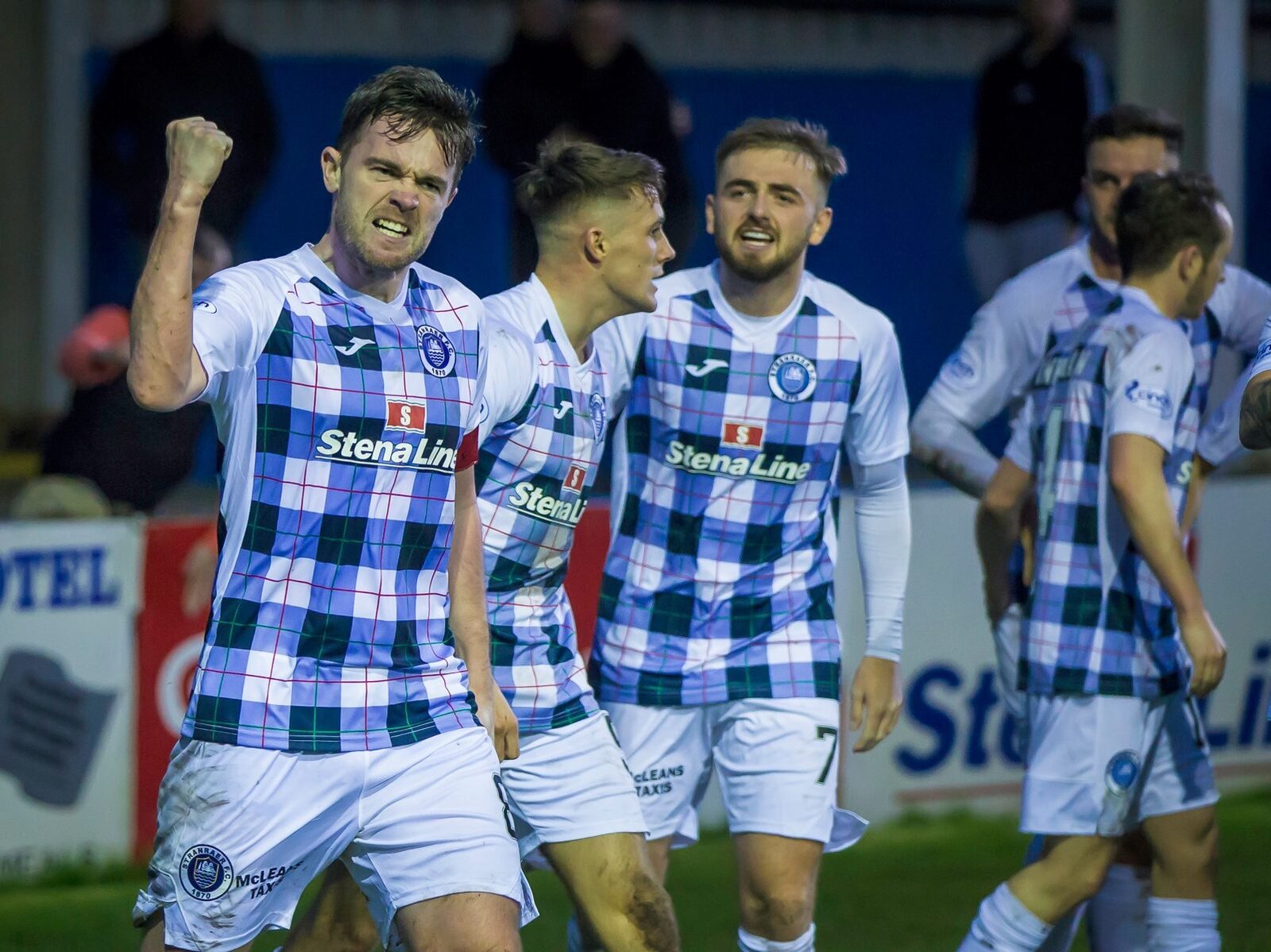 Three points separated Stranraer and Stenhousemuir coming into the game and the Blues closed that gap to just goal difference after a five-goal thriller.

Jamie Hamill made one change from the defeat to Dumbarton with Sean McIntosh out of the squad through injury and Craig Ross brought back into the starting line-up.

James Hilton had already pulled a shot wide of target while Salim Kouider-Aissa blazed over the bar in the opening five minutes.

The deadlock would be broken just after the quarter hour mark in stunning fashion.

Former Stranraer goalkeeper Conor Brennan raced from his goal but his clearance fell straight to Hilton.

The frontman still had plenty to do but took a touch and then curled a brilliant lob home from fully 40 yards.

Two minutes later and a slack pass from Adam Corbett almost let in Kouider-Aissa for another chance but he failed to beat Brennan.

Stenhousemuir had offered little going forward and found themselves two goals down on 34 minutes.

Dean Hawkshaw’s cross was not dealt with and when the ball dropped to Matty Grant, he fired home first time from close range.

Any hopes of a straightforward afternoon for Stranraer fans suffered a blow though as Stenhousemuir got a goal back.

It came through a familiar face as Matty Yates flicked home a header from Euan O’Reilly’s cross.

The visitors saw more of the ball after the break but failed to really threaten Luke Scullion’s goal.

The main talking point would come with just under 20 minutes left to play.

Kyle Girvan put in a fierce challenge in the centre circle and referee Alan Newlands showed the defender a straight red card.

In the aftermath, Hamill was also given his marching orders and sent to the stand.

Stranraer fans could have been forgiven for expecting a defensive display for the remaining 18 minutes but Girvan was barely in the changing room when the Blues restored their two goal advantage.

Grant burst clear down the right and swung in a teasing ball, with Gallagher in the right place at the right time to glance home.

Seven minutes left and Stenhousemuir found themselves back in the game once again.

O’Reilly was again the creator as he played the ball through to another ex-Stranraer man Tom Orr.

The substitute kept his cool to slide the ball beyond Scullion but the home defence held firm to ensure a 3-2 win.

It was a rollercoaster match for everyone involved but, at the end of the day, the three points is the all important detail.