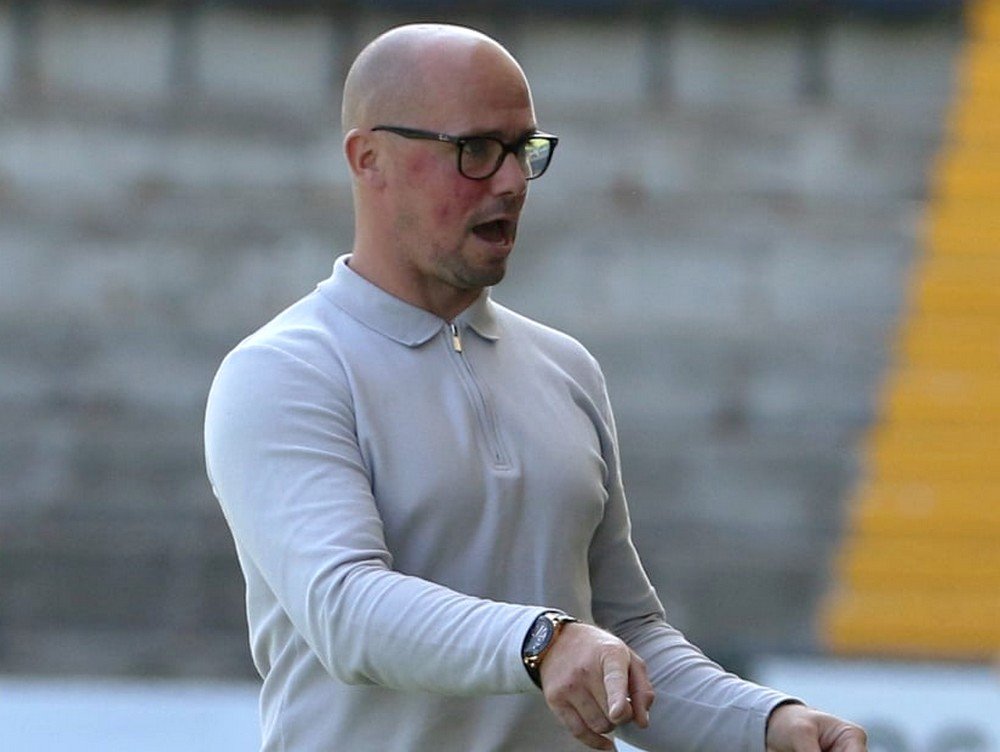 Jamie Hamill hopes Stranraer’s hard work on the training field will help them get off to a good start against Elgin City on Saturday.

The Highland side had the upper hand against the Blues last term, winning all three contests.

Much has changed since then with many new faces in the squads and Hamill was hopeful the Blues would pick up their first opening day win on the road since a 2-1 triumph over Cowdenbeath under Brian Reid in 2015.

The current boss said: “Elgin are a very good team and you look at the results we had against them last season.

“We have had them watched three or four times and hopefully that can help us out going forward.

“It is going to be a tough game, especially away from home.

“We will go up there and have our pre-match meal and it is a game we are looking forward to.

“It will be a tough game but we have done not too badly in pre-season.

“We are quietly confident we should have a good season if we continue putting in performances like we have.”

One man who is making the trip north but will not be involved is Tommy Muir.

The frontman, who missed a chunk of pre-season through injury, is set for more time on the sidelines after suffering bad luck in training at the end of last week.

Hamill said: “Tommy is obviously finding himself unfortunate to be in that position.

“He is a good boy and this is a bit of a nightmare for him coming in with a new manager and being injured.”

The manager praised the former Annan man for making the journey and said that was the sort of unity he was looking for in the squad.

Hamill is also still looking to strengthen his team but stressed he was not “crying” over the lack of additions.

He said: “I just need to come up with a few different scenarios but it is frustrating.

“You are trying to get players and then other teams are pipping me to the line.

“Maybe the player wants to go on loan to a Championship team or a League One team but I am not sitting crying about it.

“We just need to get the right players to come in.”

It would be fair to say Elgin City had the upper hand over Stranraer last season.

Three wins from three and ten goals over those three games was an impressive return from the fellow promotion chasers.

The most recent encounter was a midweek clash where Elgin had the win wrapped up within the opening 20 minutes. Aiden Sopel scored after three minutes and Kane Hester found the net four minutes later.

Bryan Cameron made it three and Hester added number four to ensure the long trip was worthwhile.

Cameron Elliott scored for Stranraer in the second half before Ruari Paton was sent off.

Elgin City have made tickets available to Stranraer supporters for admission on Saturday.

These can be bought in advance via the Fanbase ticketing platform, along with streaming passes priced at £9.99.