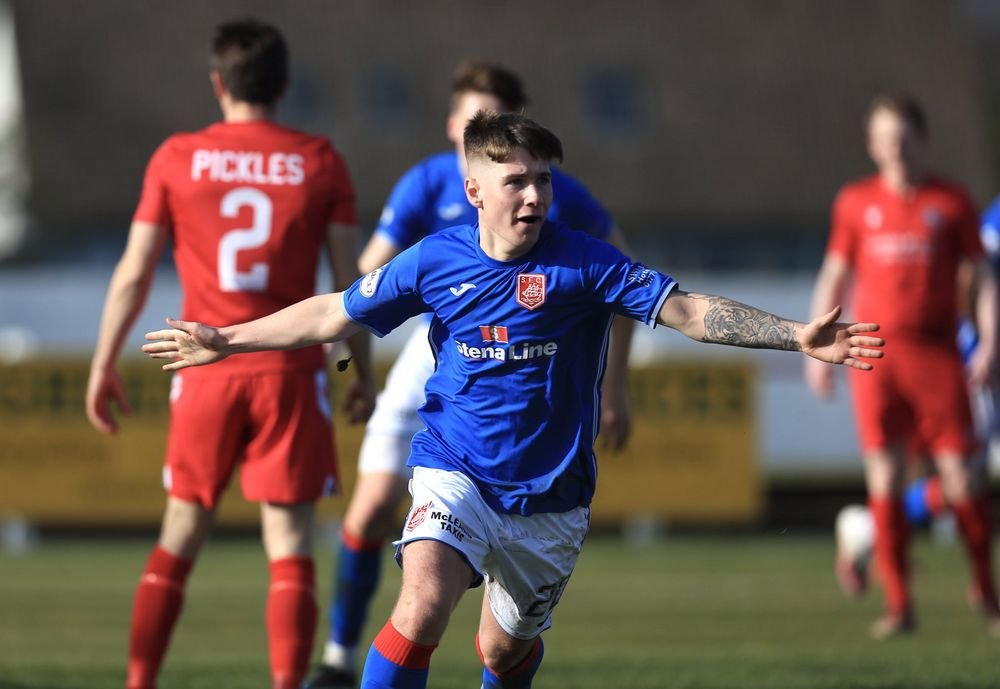 Brora made national headlines by knocking out runaway Championship leaders Hearts in the previous round, but ran out of steam as their League Two opponents confirmed their place in the last 16.

Andy Macrae’s penalty handed the Highland League side the lead against the run of play, but it took until the 88th minute for Stranraer to level the scoring.

James Hilton found the net direct from a corner kick, before a well worked goal from fellow substitute Matty Yates and a sublime strike from Thomas Orr earned victory for the Blues in extra time.

Stevie Farrell made three changes from the side which drew with Cowdenbeath one week earlier.

The Blues were dealt an early warning when Andy Macrae raced through on goal, only to be edged out by Greg Fleming and Ayrton Sonkur.

Stranraer grew into the game however, and could have gone in front after a sharp interception from Kieran Millar.

The midfielder played in Thomas Orr, who found Stirling, but the winger’s shot was well saved by home keeper Joe Malin.

Despite the Blues’ first half chances, it would be the Highland League side who took the lead.

Ayrton Sonkur was adjudged to have brought down Andy Macrae and Dale Gillespie slotted the resulting penalty into the bottom corner, just beyond the reach of Fleming.

Stranraer looked to respond immediately, with Duffy slicing a volley over the bar, while Andy Macrae and Martin Maclean spurned chances at the other end.

The second half saw two Stranraer goals ruled out, with Orr twice falling foul of the assistant’s flag and Stevie Farrell booked late on for his protests.

Brora had a good chance of their own with quarter of an hour to play as Greg Fleming did well to turn Dale Gillespie’s free kick past the post.

And Adam Cummins’ long range effort was denied by a good stop at the other end from home keeper Malin.

But the turning point would arrive with just two minutes remaining of normal time.

Hilton’s cross caught the wind and sailed towards goal, with Malin unable to prevent the ball from finding the back of the net.

Yates almost put the tie to bed in stoppage time with a low angled drive, only to be denied by the keeper’s legs.

The Blues would finally take command of the contest in extra time.

Yates met Grant Gallagher’s perfectly placed cross with a near post volley to put the Blues in the driving seat.

Then, Orr handed Stranraer a two-goal cushion with a wonderful strike from 20 yards.

The striker chested down Kieran Miller’s ball over the top and lifted a spectacular half volley into the top corner.

And it could have been four as Yates tapped home from Gallagher’s cross after good work from Victoria, only for the goal to be ruled out once more for offside.

The Blues now await the outcome of Sunday’s draw for the last 16 of the Scottish Cup, before making another long journey midweek to Elgin on league business.