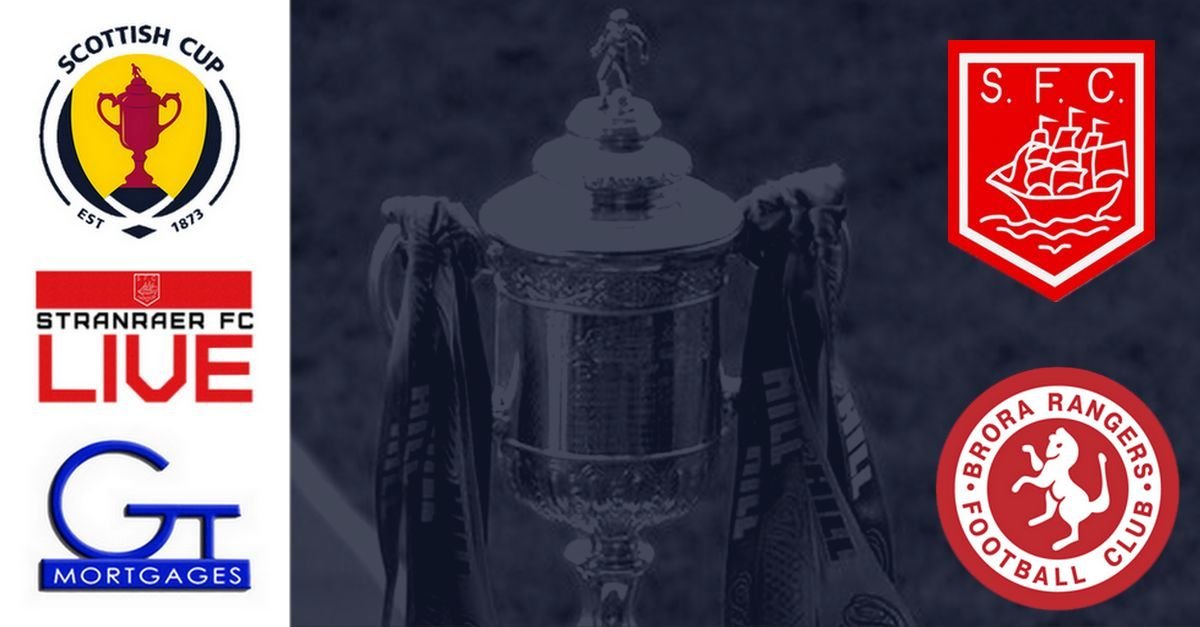 The magic of the Scottish Cup is alive and well as Stranraer face off against Brora Rangers.

The hosts knocked out Hearts in the previous round in one of the biggest shocks in the competition’s history.

Stevie Farrell and his side will be looking to ensure the Blues are not another victim on the road to Hampden with the manager admitting he enjoyed the tournament.

He said: “Ask clubs like Brora and Stranraer what the Scottish Cup means and we would wax lyrical about how much it means to the clubs and to the players.

“It has still got that special feeling for clubs like us.”

Stranraer were defeating Brechin City when Brora were ensuring they were dominating the country’s footballing headlines and knocking out the Jambos.

Farrell said it was “a surprise” result but he quickly had to move past that and starting focusing on the task in hand at Dudgeon Park.

He said: “They will be organised and they are used to winning games of football.

“They are used to winning most weeks and they are strong at home.

“We know they are strong in general.”

The manager spoke to the club website as the squad was making the long journey north on Friday evening.

Josh Walker and Lewis McIntyre both remain absent, although the manager was pleased to say Walker had returned to training and was more likely to travel on Tuesday evening when the squad face Elgin City.

Farrell said the team would be spending the night in Inverness before travelling the final 60 miles or so on Saturday to Brora.

He said: “You’ve got to think of the players.

“If we were travelling up tomorrow you would have had players getting out of bed at 3.30am.

“For guys like Greg Fleming, Ayrton Sonkur and Tom Devitt it was not practical.

“We have got to think of the players and the club did fantastic in putting them first.

“Along with myself and the committee it was agreed to go up the night before and to look after the players.”

The long-travelled visitors had twice been denied by Cameron Belford in the opening 10 minutes and Morgyn Neill also put in a goal-saving block.

Stranraer’s best effort came in the second half when Ryan Thomson’s goal was ruled out for a foul and Scott Robertson was denied by Joe Malin.

The only goal of the game would come in stoppage time and was a fine solo effort from Steven Mackay. He burst clear from near the halfway line and smashed beyond the helpless Belford to send the Highland League team through.

Stranraer fans will be hoping for a different result when Scott Lambie takes charge of Saturday’s tie.

The referee last took charge of a Blues match when they travelled to Peterhead in December 2019. On that occasion, it was the Balmoor side who took all three points. Ryan Conroy scored either side of half time before Scott Brown’s late strike.

Mr Lambie has also visited Dudgeon Park. That came in 2016 when Clyde were the visitors in the Scottish Cup. Second half strikes from David Gormley and Matthew Flynn gave the visitors the victory.

You can watch all the Scottish Cup action live on the host club’s excellent streaming service, priced at £12.

All sales benefit both clubs.