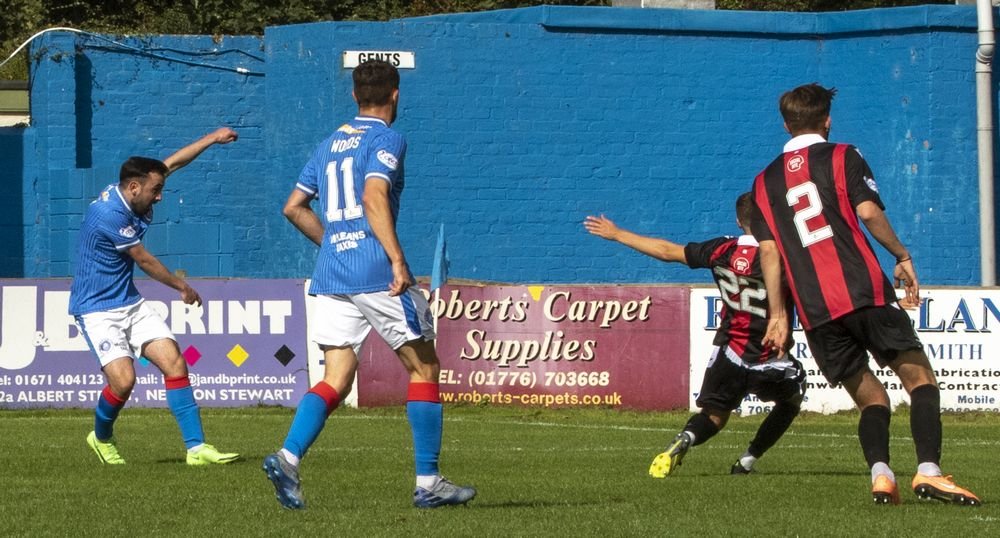 Recent signing Anton Brady is determined to keep his place in the Stranraer team after finding himself on the fringes at East Kilbride.

The midfielder made the switch from K Park to Stair Park at the beginning of September.

Since then, he has clocked up four appearances at the heart of the team and is enjoying the early stages of his Stranraer career.

He said: “I was in and out of the team at East Kilbride and I just asked to leave before the transfer window shut.

“Obviously, I knew Paul Woods and Sean Burns from previous teams and they phoned me to see what was happening.

“I said I was leaving and things happened quickly over the weekend and I spoke to Jamie Hamill on the Monday.

“It had to be done before the transfer deadline day so it was a hectic few days trying to get stuff sorted but I’m delighted to be here.

“I had no intention of leaving East Kilbride.

“It just so happened that I did not play the first few games.

“Stranraer had the Covid situation and were limited with players.

“As soon as I spoke to the gaffer, I pretty much made my mind up that I was coming here.”

Brady, who began his career at St Mirren alongside former Stranraer assistant manager Lee Mair, has two wins and two defeats in his four games for the Blues.

The most recent of those came last weekend in the 1-0 win over Albion Rovers, managed by ex-Stranraer boss Brian Reid.

Woods’ first half strike was the difference on the day but Brady came close to notching up his first for the club with a first half volley.

He said: “I still don’t think that I was offside but if you watch the highlights back I’ll probably end up being a couple of yards offside!

“I’ve just hit it and by the time I have turned back the flag is already up.”

The goal would have been his first in Stranraer colours but not his first at Stair Park.

His first goal for Queen’s Park came in Wigtownshire on Guy Fawkes Night 2016 when he added to Dario Zanatta’s strike to wrap up three points.

Brady said: “I scored one late on in the game.

“I’ve taken a touch in the centre circle and hit it.

“I think it bounced about five times before it has gone in!”