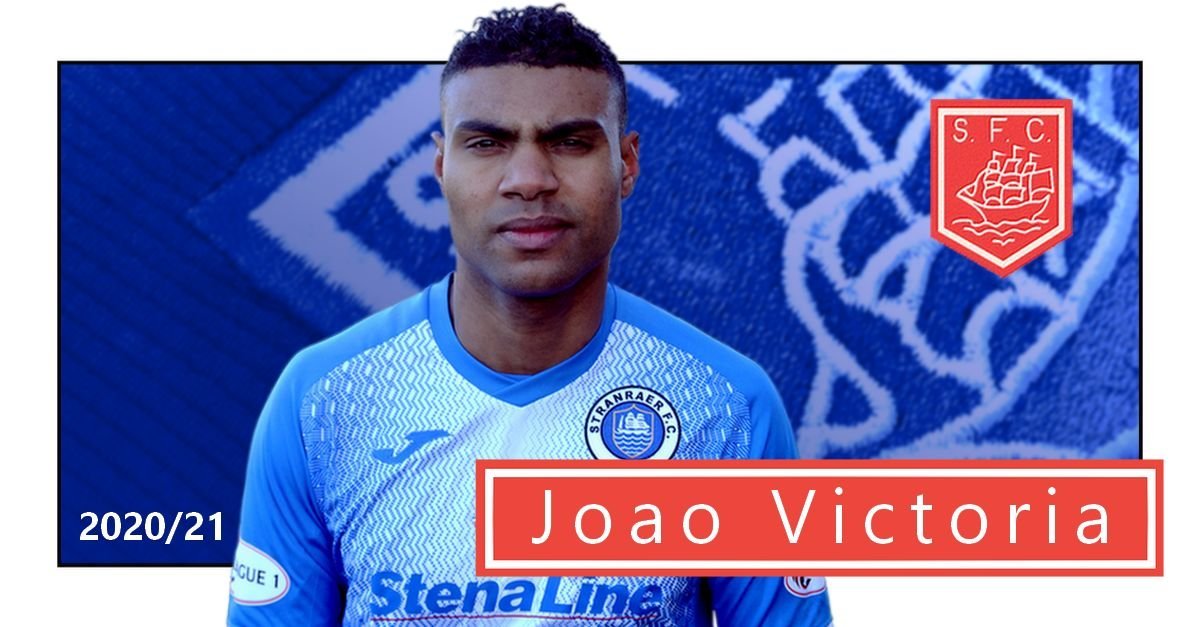 JOAO Victoria is hoping it is third time lucky after agreeing to rejoin Stranraer.

The attacker has been part of Stevie Farrell’s squad for the second half of the last two seasons but will be at Stair Park from day one this time round.

He said: “I’m looking forward to coming back.

“It has been a long time and finally this time I’m going to be signing for the full season and not just half a season!

“I’m looking forward to starting training with the team and meeting all the new boys.

“I’ve heard there are a lot of signings, so, I’m really looking forward to it.”

Victoria initially joined Stranraer on loan from Airdrie for the closing months of the 2018/19 season.

Four goals in 12 starts impressed not only Stevie Farrell but also Raith Rovers.

A move to Kirkcaldy saw Victoria head back to Stair Park in January, before adding another goal in five appearances.