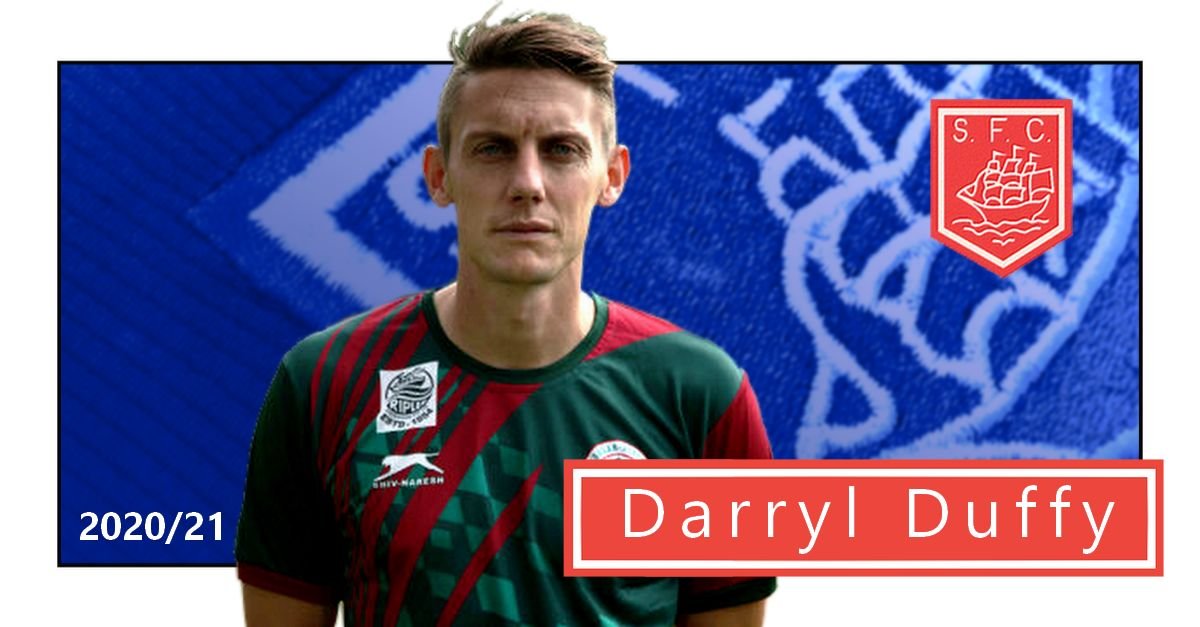 NEW signing Darryl Duffy is hoping to be the perfect foil for fellow new recruits Thomas Orr and Ruari Paton.

Duffy has scored goals at all levels of the Scottish game and has vowed to pass on his experiences to Orr and Paton.

He said: “Any young player at the club that ever wants to talk to me, I’m more than happy to pass on my experience and any information.

“I’m doing my B licence at the moment and it would be good to work with them at times and do wee finishing sessions, give them advice with things like that.”
However, that’s not to say the 36-year-old is finished.

Eleven goals last season for the Binos showed he still has that finishing touch.

He added: “I just love football and love scoring goals – it is as simple as that.

“As long as I feel I can do myself and the team justice, I will continue to play.

“I don’t feel 36 in my head, although my body sometimes tells me differently, but I still feel the same as I did three or four years ago.”

Duffy met with Stranraer boss Stevie Farrell last week and quickly realised Stair Park was where he wanted to be for the coming campaign.

The manager and assistant manager Frank McKeown put forward a convincing argument and Duffy said: “I was really impressed with everything Stevie had to say about himself, the club, the players and the way he coaches.

“Frank was there as well and I was really impressed with the both of them.”