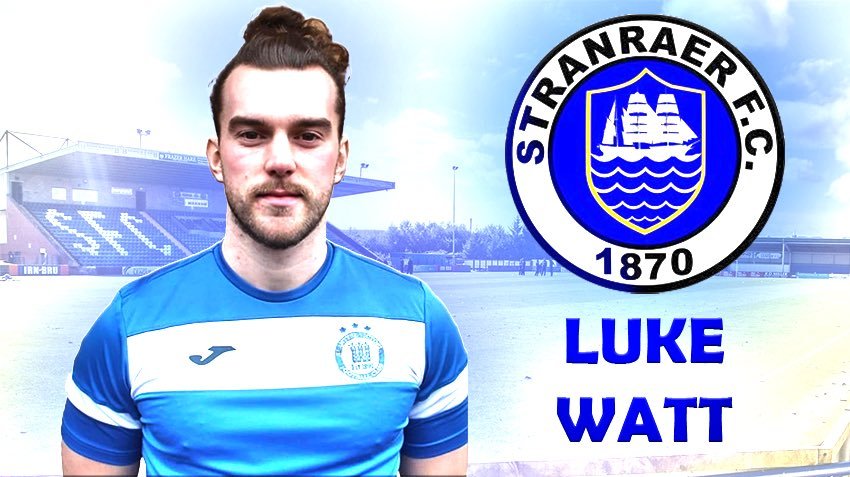 Luke previously joined us as a loan player from Motherwell back in 2016, spending six months here under Brian Reid after making a number of first team appearances for the Steelmen.

Further loan spells with East Fife and Airdrieonians followed, before a year at NK Novigrad in Croatia and time with Brechin, Linlithgow Rose and Blantyre Vics.

Still only 25, Watt holds a great deal of SPFL experience and can play in a number of positions, both in the middle of the park and across the back line.