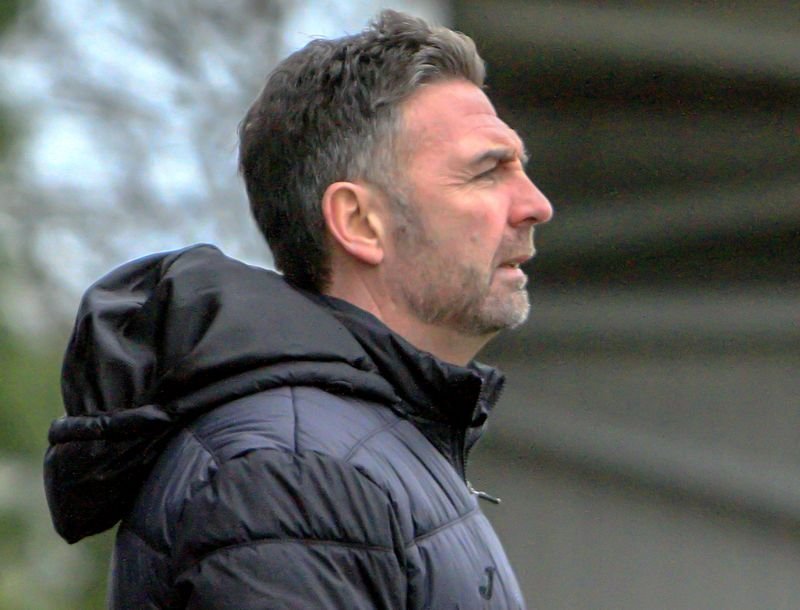 UNCERTAINTY surrounds many things in society right now and football is no different.

Stranraer’s scheduled Saturday afternoon match with Clyde has been postponed and so has Tuesday’s game with Peterhead amid concerns surrounding the coronavirus.

No-one knows when the Blues will return to action or what will happen with the results from this season so far.

Stranraer boss Stevie Farrell did not have the answers but stressed the footballing authorities had made the correct decision on the indefinite postponement of Scottish football.

He said: “I am not a medical expert.

“I am guided as someone who has listened intently to real medical experts.

“You have got to listen to these people and I think Scottish football has made a responsible decision.

“I think the fact that they have not put a time limit on it as well is the right thing.

“I just think most importantly it is about keeping people as well protected as they possibly can be medically from this virus.”

The Stranraer squad will continue to train as normal until the football authorities tell them otherwise.

No date has been announced for football to return and the club is preparing for all eventualities, including returning to playing before the end of the month.

“Although we must make sure that the players are alright – and we will be guided by the authorities and the PFA – where we are at is nobody has told us that we must stop training.

“The reason for that is in case we start up in a week or two.

“We need to make sure the players are fit and healthy to do that.

“If there is a change to that, then we will obviously respect any changes that come.”

Farrell has been involved in football since he was a teenager, beginning his career with Kilmarnock before moving to Stoke City.

Never has he seen such a widespread postponement of games because of health concerns.

He said: “There are a lot of things getting spoken about online.

“If I am being honest, I don’t think anybody has any idea.

“I think the decision today has allowed the authorities some breathing space to consider some contingencies and to consider what ifs.

“I think people are finding the answers to those contingencies and what ifs all too quickly.

“I think what the authorities have done today is to consider what those what ifs may be – a week, a month, two months down the line and look at all possible scenarios.

“I think that is the responsible thing to do.”

It remains to be seen how long football will be sidelined for and what could happen to the current season.

If the season resumes, Stranraer will find themselves eight points behind Forfar Athletic with nine games to play.

The Blues missed the chance to narrow that gap after losing 1-0 to Montrose at Stair Park on Tuesday evening.

The manager said: “I think I can count on one hand how many games we have been well and truly so far away that we have not deserved one thing from the game.

“There have probably been three or four games like that this season.

“Every other game we have been competitive, arguably, statistically as good as any other team and it was the same on Tuesday night.

“It was two, in my opinion, decent sides, evenly matched for long periods of the game.

“I felt if anything we were the better side towards the end of the first half and at the start of the second half but we lost a sloppy goal and we have not been able to recover from it.

“That has been our season.

“We are not a team sitting at the bottom of the league getting beat 4-0 or 5-0 every week.

“We don’t go into games expecting not to compete.

“That’s not what we have been like as a team sitting bottom of the league.

“We have been a team that most people – genuine, independent people – would say have competed and that it is a hard place to go.

“Who would have thought Hamilton would have gone to Ibrox and won and then beaten Kilmarnock with 10 men?

“If you had said that three or four weeks ago to Hamilton fans, they would have said no chance.

“But they are six points better off after those two games and those two performances.

“That is just football – you can never say when football is going to turn.”

Farrell also stressed the need to turn draws and single points into victories and three points if they are going to narrow the gap.

The Blues’ loss tally is not the worst in the league, however, the draws tally is equalled by only Falkirk.

The manager added: “If you look, Forfar and Peterhead have lost more games than us or are equal to us.

“We’ve only lost three more games than Clyde and Dumbarton.

“Our problem has been too many draws.

“That is the fine lines.

“Absolutely, we have not won as many games as we would like but it is not the defeats that have hurt us.

“We are actually on par with the teams round about us with defeats but we have had too many draws.”