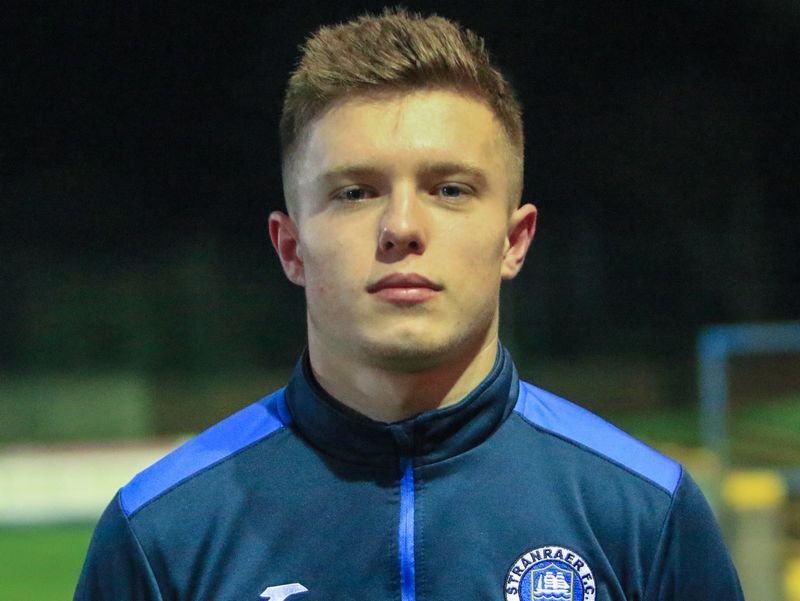 THE season may have just finished but Alistair McColm is already looking forward to the new campaign.

The curtain came down on the season, with Stranraer losing 4-1 to Airdrie at the weekend.

McColm, joined by fellow reserve team members Jonny Baxter and Lewis Dunn, came off the bench in the second half.

Now, the teenager has got a taste of first team football and is hoping that will be just the start.

He said: “I’m hoping to be asked to pre-season.

“Nothing is confirmed yet but I would like to be in for pre-season and then maybe catch the manager’s eye and get into the team.

“If not, I will stick with the reserves and see what happens but nothing is set in stone at the moment.”

McColm has been a mainstay in Gary McCutcheon and Sanny Sutherland’s reserve team this term.

Alongside Dean Agnew and Baxter, he has been a regular among the goals, clocking up 22 this season.

It was that impressive form that attracted the eye of the first team management team of Stevie Farrell, Chris Aitken, Alan Waddell and Eric Philips.

Eighteen-year-old McColm said: “I got called up to the first team about halfway through the season.

“I got asked to go up to training as often as I can and I decided to go every Thursday.

“I have been trying to get up most Thursdays but with my job it is hard and reserves games as well.”

McColm, who plays behind the strikers, felt training with the first team was already improving him as a player.

He added: “The main differences in training are just the speed and the tempo.

“The reserves are a good standard as well but you have got the likes of Jamie Hamill who has been in the highest division.

“They just expect quality all the time and you have to be on your game every minute up there.

“It is just the speed of everything that is the biggest difference.”

The teenager, who lives just outside Port William, played the final few seconds in the victory over Brechin before getting the full second half against the Diamonds, replacing Mark Lamont.

McColm added: “For myself, it was a massive achievement.

“I have been at Stranraer for such a long time and to get on the pitch and get proper minutes was great.

“It was the last game of the season but hopefully it is maybe a breakthrough.

“You never know but I felt I did not too bad.

“I didn’t think I was playing great either but for a start it was ok.”