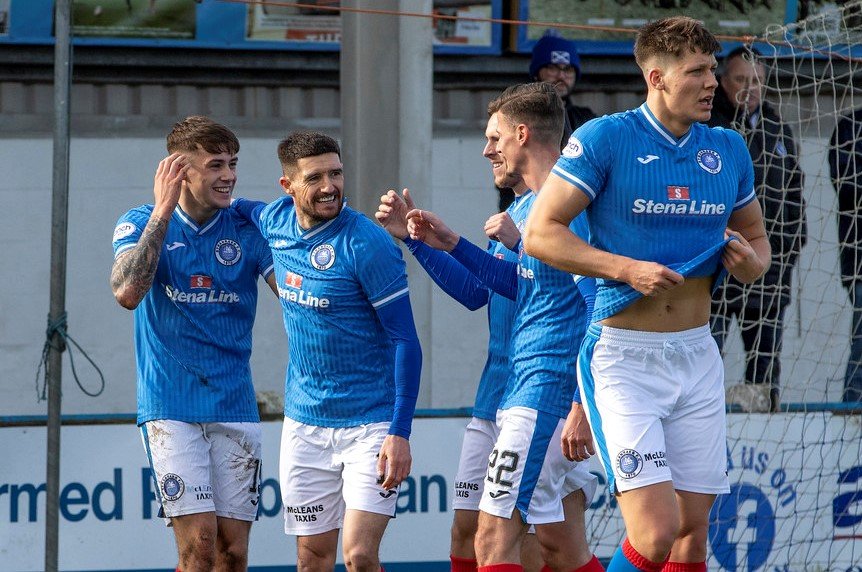 DOMINANT Stranraer made it four wins out of four against Cowdenbeath this season with a comfortable 3-0 win.

The victory never looked in doubt after Sean Burns had scored his first goal for the club, which was quickly followed by a Craig Ross header.

Paul Woods wrapped up the win after the break to ensure fans enjoyed Stranraer’s first win at Stair Park of 2022.

Jamie Hamill made three changes from the side that had lost 4-1 against Annan seven days earlier.

Ayrton Sonkur was brought in to make his 50th appearance for the club, while Broque Watson made his first start since 8 January and Woods returned to the team.

Watson had already been denied by goalkeeper Cameron Gill before the Cowdenbeath number one pulled off another impressive save to deny Burns from the edge of the box.

Fortunately, the full-back did not have long to wait for his first goal in a Stranraer shirt.

The visitors failed to deal with the corner and, when Dean Hawkshaw swung in a cross, Burns was waiting to nod home.

Stranraer were collecting corners at an impressive rate and it was another set piece that led to the second goal.

This time, Anton Brady swung the ball in and Ross was perfectly placed for the diving header from inside the six-yard box.

It was fast becoming one-way traffic against a Cowdenbeath side who were struggling to get out of first gear.

A combination of Gill and Sam Denham denied Watson and then Tommy Muir should have added his name to the scoresheet.

A fine team move on the half hour mark saw Grant Gallagher play the ball out to Woods.

His cutback was ideal for Muir but the striker side-footed his finish straight at Gill from eight yards.

Home fans were likely expecting the Stranraer defence to come under increasing pressure after the break.

To an extent that did happen but the Blue Brazil never managed to find a way through.

Andrew Barrowman saw a shot drift wide of the left post and then Liam Buchanan’s attempted lob was wide of the opposite upright.

Any fears were surely put to bed though midway through the second half when Woods took advantage of a defensive slip to squeeze the ball under Gill and secure the win.

Cowdenbeath’s best chance to at least get a goal came with four minutes left after a sweeping team move.

Substitute Harvey Swann found Buchanan, who beat Scullion, but saw his shot clip the outside of the right post.

Muir had the ball in the net at the other end seconds later after a brilliant lob over Gill but the offside flag had already gone up.

Then, in stoppage time, Woods almost doubled his tally for the day with a shot from the edge of the box, which hit the crossbar and bounced to safety.

In the end, it was a comfortable victory for a Stranraer side who did not allow Cowdenbeath a shot on target.