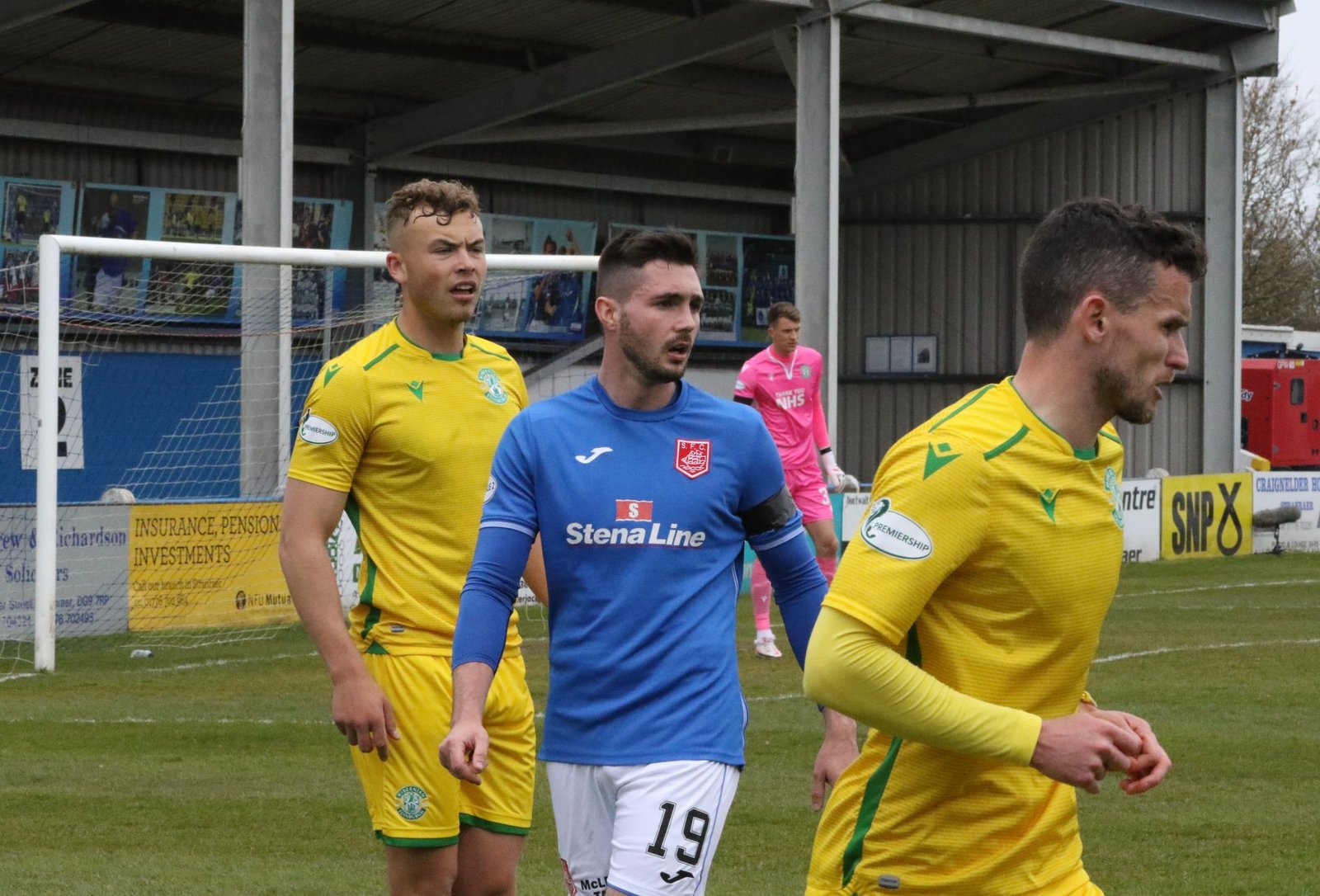 The Easter Road side had already eliminated Queen of the South from the competition and came into the tie as overwhelming favourites.

In contrast, Stevie Farrell’s men had one eye on the play-offs and a bid to battle it out for a chance to gain promotion to League One.

The hosts started promisingly and James Hilton had drilled a free-kick into the defensive wall before the hosts forced the first corner of the game.

However, the longer the half wore on, the more Hibs began to dictate the pace.

He got on the end of Martin Boyle’s knockdown but the goalkeeper did well to tip the shot over the bar, particularly given he may have been unsighted by his defensive team-mate Connor McManus.

Increasingly, it looked only a matter of time before Hibs found their breakthrough and it would come eight minutes before the interval.

Stranraer had chances to get a corner clear but eventually the ball broke to Christian Doidge.

The Welsh striker found the space to turn and fired beyond the helpless goalkeeper.

The hosts again had chances to find the net in the early stages of the second half.

Jamie Hamill, on early in the second half for the injured Sean Burns, came close to making an immediate impact.

His free-kick took a massive deflection and had Matt Macey scrambling in the Hibs goal before the shot went wide for a corner.

Tom Orr, who scored in the last round against Brora Rangers, met the ball perfectly, only to see it come back off his team-mate Darryl Duffy.

Those missed chances would come back to haunt Stranraer just moments later.

If Hamill and Stranraer did not get the benefit of the deflection from a free-kick then Nisbet and Hibs certainly did.

His free-kick on goal was on targeted but clipped the defensive wall and left Fleming with no chance.

Nisbet was again involved as his header beat Fleming only to come back off the post and fall perfectly into the path of Boyle.

The former Montrose man needed no second invitation and smashed a first time shot beyond the goalkeeper.

The final goal of the game would come from the penalty spot.

Doidge’s header came back off the crossbar before Ryan Porteous went down under a Scott Robertson challenge.

Boyle stepped up to smash the ball home and secure a home tie with Motherwell in the quarter-finals.