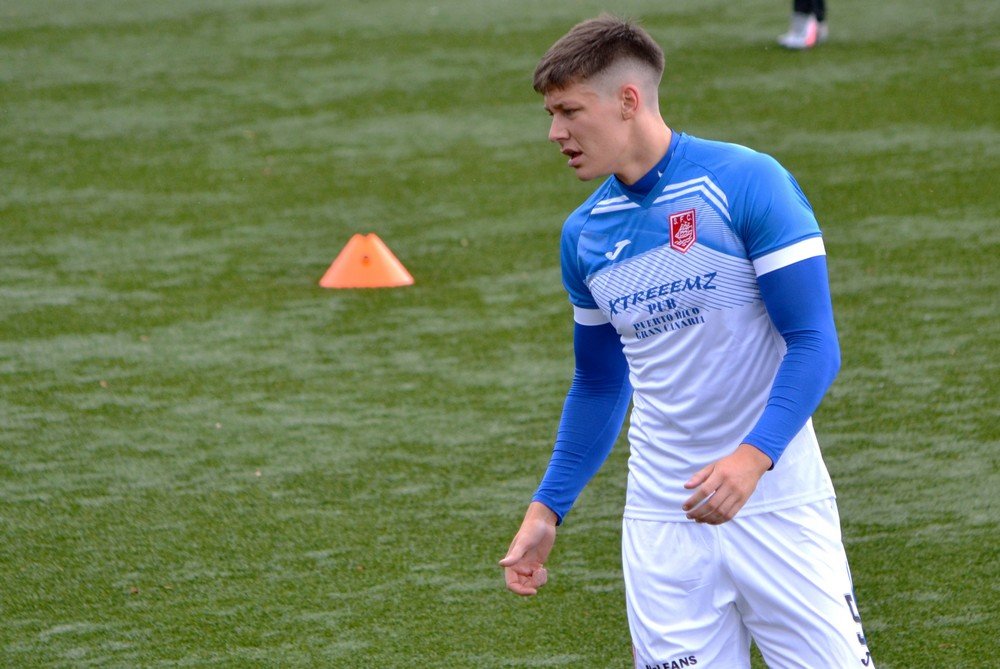 Returning defender Ayrton Sonkur is determined to keep his place in Stranraer’s starting line-up after being forced to watch the opening games from the sidelines.

Scott Robertson and Craig Ross were the preferred central defensive partnership for Jamie Hamill in the opening weeks of the season.

Sonkur could only watch on until he was given his chance against Forfar Athletic last month.

Now, back at the heart of the defence, he is keen to ensure it stays that way.

He said: “I am a big boy, I have been around the professional game for a few years now and I know how it works.

“I have been on both sides of it and you just keep your head down and keep working away.

“You are always going to get a chance.

“Maybe the results were not going too well, so, it has given me an opportunity to come in and I would like to think I have done OK since I have come in.

“Seasons are long, there are a lot of games to play and the team that starts the first game of the season is never going to finish it.

“Form comes into it, injuries come into it and certain positions you might change the team.

“The team is always going to change and it is just about working your way into it and then staying in it.”

Sonkur made his fourth appearance of the season in last Saturday’s defeat to Edinburgh City.

The Blues, who face Stenhousemuir today, had the majority of the chances at Stair Park but, ultimately, it was Ouzy See’s second half strike that ensured it was the visitors who left with all three points.

Sonkur said: “It was a little bit heartbreaking.

“I thought we performed really well, did everything right apart from that final third.

“It has cost us in the end.

“The dressing room was flat after the game; there’s more disappointment than anger, I would say.

“Everyone knows when they have played well and when it has been a good performance but unless you pick up three points no-one is happy.

A stunning four-minute spell helped Stranraer to edge closer to a place in the playoffs last season.

Seventeen minutes were on the clock when James Hilton scored. Thomas Orr added a second two minutes later and it was game over when Ruari Paton made it three on 21 minutes.

Stenhousemuir made three substitutions at half time in a bid to get back into the game but any glimmering hopes were killed off when Paton scored his second with 17 minutes left.

Saturday’s game is pay at the gate and open to fans of both clubs, with regular admission prices in place.

There will be no live streaming available.