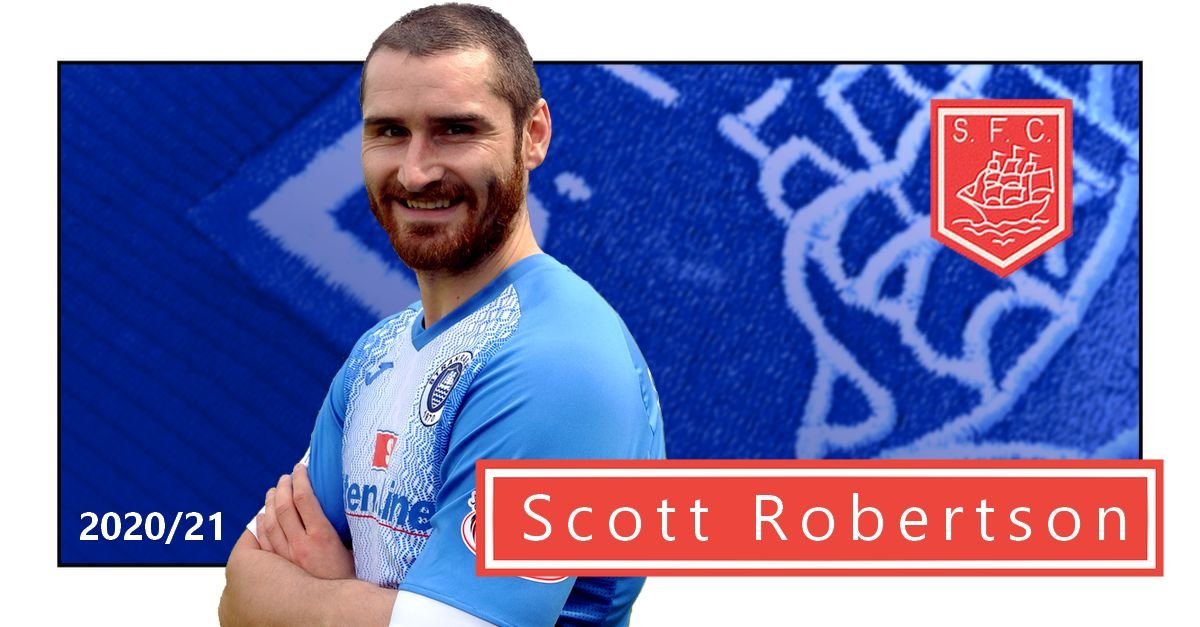 FANS’ favourite Scott Robertson is hoping a milestone year in Stranraer’s history could end in silverware.

The Blues are halfway through their 150th celebrations and will be looking for an immediate return to League One when football restarts.

Robbo is the fourth of last season’s squad to agree terms for 2020/21, joining Adam Cummins, Jamie Hamill and Grant Gallagher.

Robertson was impressed with how Stevie Farrell’s squad was coming together, with more than half a dozen players already agreeing to be at Stair Park.

He said: “You look at the boys we have kept.

“Grant Gallagher is going to be like a new signing; he never played at all last season, which was a massive blow.

“There are a couple of boys that have come in, like Kieran Millar, who will give us something totally different.

“He is unbelievably fit, he will get about and tackle in midfield.”

The defender has agreed to stay at Stair Park for what will be his seventh season, despite interest from elsewhere.

A good season could see Robertson reach more than 250 appearances and overtake both David Mitchell and Craig Malcolm.

He said: “It is amazing how quick it goes by.

“I am quite happy to get signed on again.”