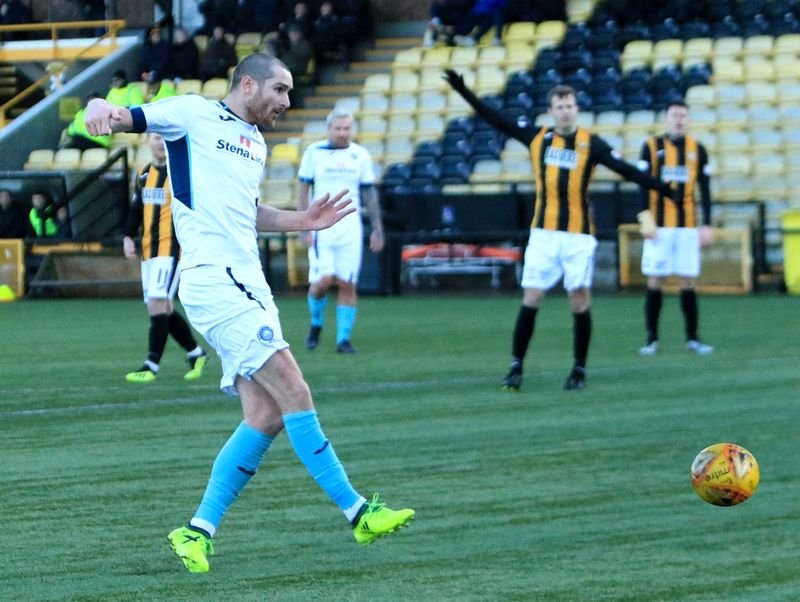 Scott Robertson pulls no punches when it comes to describing the coming weeks for Stranraer.

March offers the chance for the Blues to pick up a maximum of 18 points – a figure that would more than double their current points tally.

A trip to Montrose is the first assignment before Stranraer then welcome the Angus side to Stair Park on Tuesday evening.

Robertson said: “The next six games are massive – even the next two weeks are massive, to be honest.

“You have got five games in two weeks really and after that you have only got six games left.

“The next two weeks are not going to totally decide the season but it is going to give you a rough idea of what is to come.”

A second trip of the season to Links Park awaits the Blues squad, with Stranraer losing 2-1 on their last trip north in October.

The Stair Park squad has changed considerably since then, with five of the seven substitutes having left the club and a sixth, David Smith, out on loan.

James Hilton had pulled Stranraer level on the trip to Montrose last time out before Cammy Ballantyne scored the winner.

It is one of several occasions this term where the Blues have come close but ultimately are yet to win on their travels.

Robertson said: “There have been a few away games that we should have won.

“It’s not a great stat when you have not won a game away from home but if you look at some of the games – we lost a last minute goal at Airdrie, we have lost goals when we were 2-1 up, 3-2 up and in the last minute against Clyde – there are games there that we should have won.

“It is not as if we have been getting battered every time we play away from home.”

Postponements and the rearrangement of fixtures has meant Stranraer play Montrose twice within four days.

It was nothing new for Robertson though, who told the club website that he once featured for Queen of the South against Hamilton Academicals three times within a week.

On that occasion, the two sides shared two 1-1 draws, one in the Scottish Cup, before Hamilton won the cup replay 1-0 after extra time.

Tuesday evening’s game at Stair Park will also see Stranraer attempt to play one of their games in hand.

However, time is running out for Stranraer to close that gap and Robertson said: “You’re coming down to the point now where you need to make your move.

“We are probably the only team that has not had a wee run at some point in the season.”