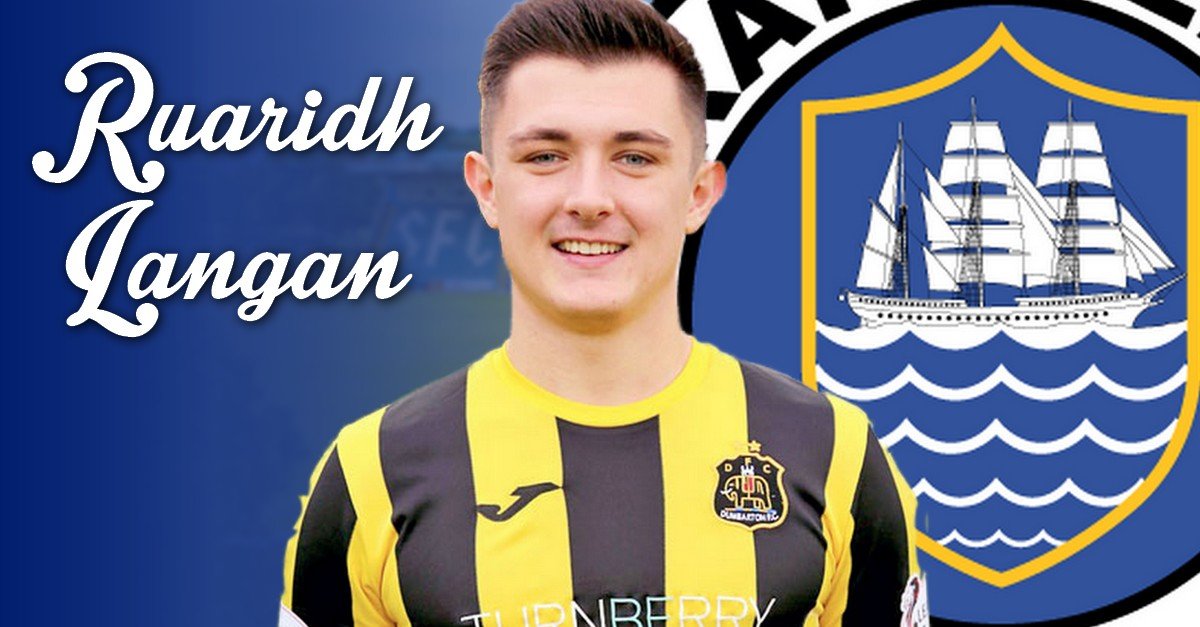 Having risen though the Greenock Morton youth academy to become Under 20s captain, Ruaridh made his senior debut for the Inverclyde outfit in July 2017.

After spells with Neilston, Annan Athletic and Falkirk, the 23 year old spent the last two seasons at the Rock, where he made just shy of 50 appearances, including the playoff semi final between the Sons and Stranraer just over a month ago.

Ruaridh was wearing number 4 as a trialist in the Blues’ pre-season win over Darvel on Saturday, and signed prior to last night’s friendly with Kilwinning.