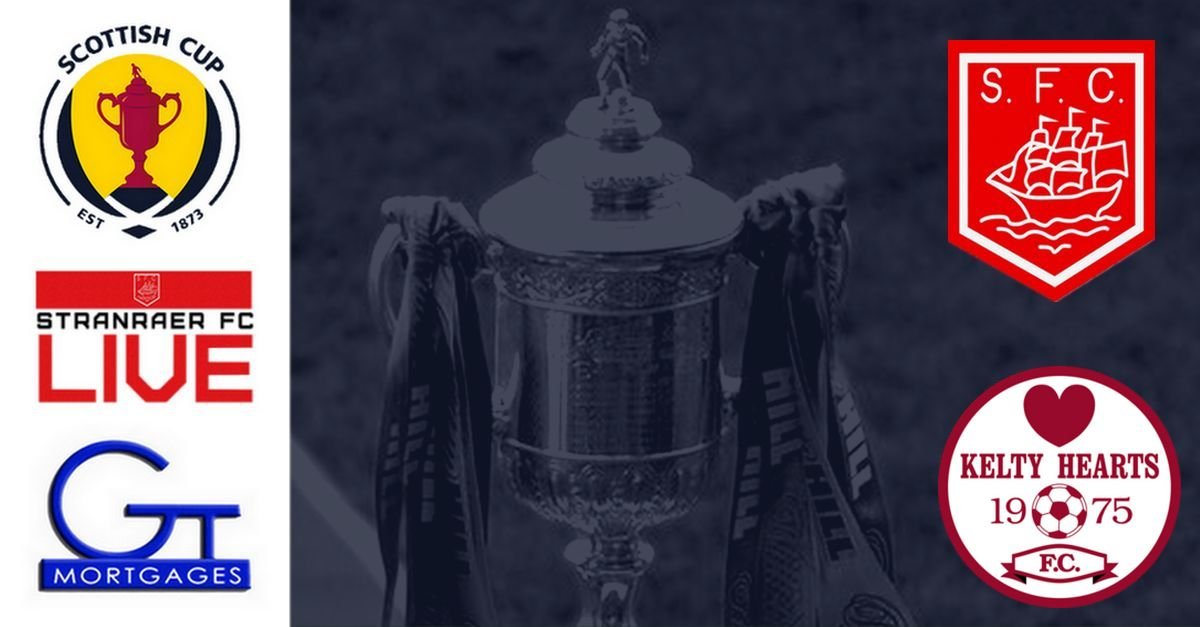 Stranraer will face the two-time Scottish Junior Cup runners-up for the first time in the Scottish Cup tomorrow (Saturday).

Managed by former Rangers and Scotland midfielder Barry Ferguson and with a squad boasting players such as former Premiership stars in goalkeeper Darren Jamieson, defenders Craig Reid and Tam Scobbie, midfielder Michael Tidser and striker Kallum Higginbotham alongside former Blue Grant Anderson, many will be tipping them to join the Scottish Professional Football League in the not too distant future.

Farrell said: “They are a good side.

“They are packed with SPFL experience and probably higher level than League Two.

“Most of the players around that squad have played anywhere between the Premiership and League One for most of their career.

“It is going to be a good opposition that we face.

“It will be competitive and we know that they have got real quality.

“Everybody is talking about Kelty and rightly so – it is a hard tie.

“I would have thought that they will think Stranraer is a hard tie given the way Stranraer has been playing.”

The Blues will again be without Josh Walker and club captain Jamie Hamill for the cup clash.

Both missed last weekend’s victory over Annan Athletic and will again be on the sidelines.

Farrell said: “Josh is not that far away and we are really happy with his progress.

“Hopefully he will be back, if it is not next week it will be the week after.

“The physio and the doctor looked at Jamie last week and it is muscular damage.

“We’re hopeful again that it will only be a couple of weeks.”

The manager took the time to praise everyone involved at both Stranraer and Kelty Hearts for trying to ensure tomorrow’s game goes ahead.

With temperatures dropping, the decision was taken to move the game from Kelty’s New Central Park home to Raith Rovers’ Starks Park, with the kick-off also pushed back to 6pm.

Farrell said: “I think it was a real joint effort with our chairman, Iain Dougan, and Kelty’s chairman.

“It came through last night to see if both myself and Barry Ferguson would be up for this.

“Both of us were absolutely adamant that we wanted to try to get the game played.

“I contacted my players, Barry contacted his and as early as first thing this morning we had both agreed we wanted to try make the game happen no matter what.”

Stranraer secured their place in the second round of this season’s Scottish Cup with a fine 5-0 win over Spartans.

Darryl Duffy, Ruari Paton and Adam Cummins were all on target in the first half, with substitute Matty Yates scoring a double after the interval.

Kelty Hearts progressed with a home win over East of Scotland Football League Premier Division high flyers Jeanfield Swifts. Ryan Shanley, on loan from Hibs, scored the first, with former Clyde midfielder Dylan Easton adding a second after the interval. The visitors managed to pull one back but it was not enough.

The referee will take charge of the Scottish Cup tie on the back of being in the middle of the Annan Athletic versus Queen’s Park game shortly before Christmas. The Spiders were the winners that day with Bob McHugh and Craig Slater scoring before Russell Currie netted from the penalty spot in stoppage time.

As the host club, Kelty will be providing live video coverage of Saturday’s cup tie.

However, in a shock move, our very own Mike McLean has moved to Kelty Hearts TV on a short term loan deal.

The Paisley FM host, Stranraer FC LIVE commentator and It’s No Easy podcast voice will provide a different perspective on the action, alongside the regular Kelty team.

We invite fans to support both clubs by purchasing Saturday’s live coverage, which is priced at £8.