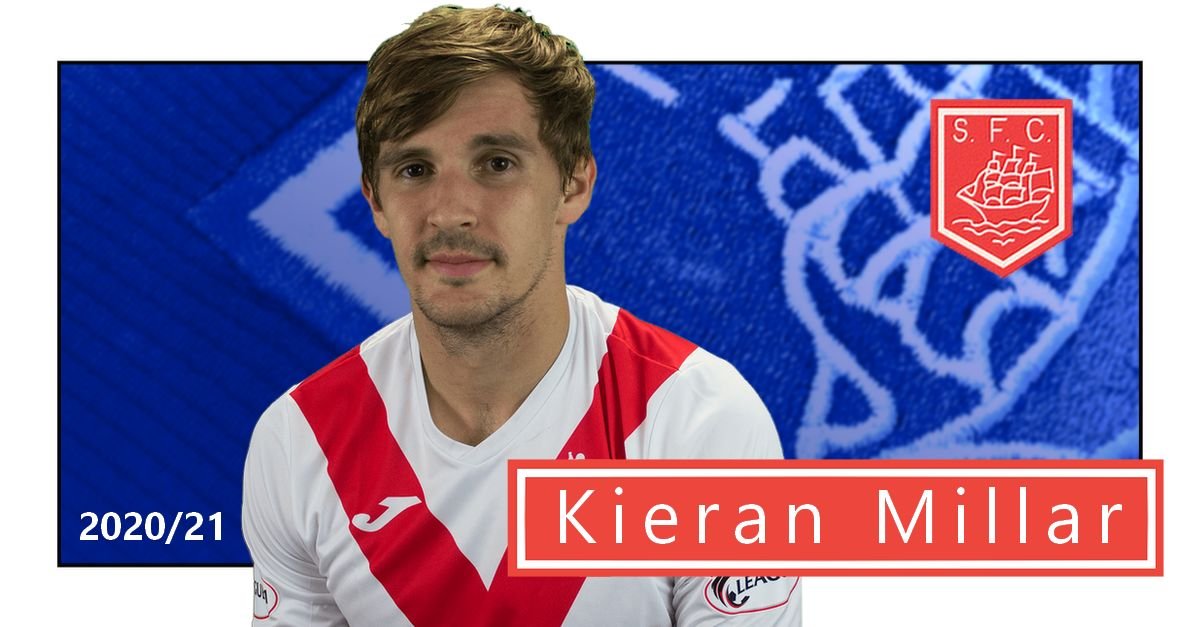 LATEST recruit Kieran Millar has his sights set on an immediate return to League One.

The 26 year old swapped Airdrie for Stranraer and is looking forward to working alongside Stevie Farrell.

The midfielder, who began his career with Hamilton Academicals, spoke of the manager’s ambitions for the coming season as being key to the move.

He said: “The main focus is to try to get back to League One, whether it is automatic promotion or the playoffs.

“We want to build a strong squad and head towards that goal.”

Millar began his career with Hamilton before joining Stenhousemuir.

After more than 100 appearances with the Warriors, he linked up with East Fife before spending two years with Airdrie.

Now, he will be reunited with Grant Gallagher and Scott Robertson, who have also agreed to re-sign with Stranraer for the coming season.