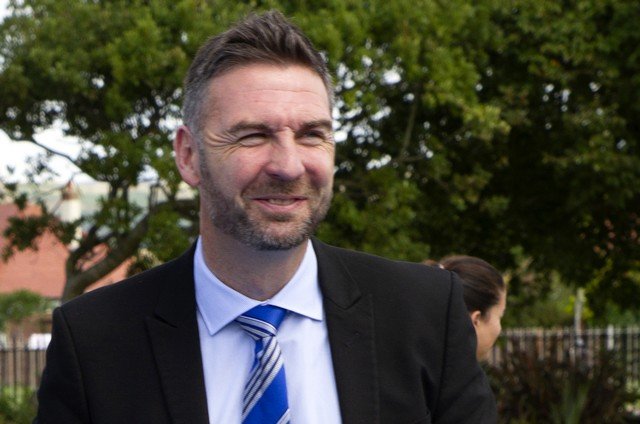 FIVE pre-season friendlies are being lined up ahead of Stranraer’s new season getting under way.

The Blues will return to training at the end of this month and look forward to games for the first time since March 10.

Stevie Farrell’s new look squad will play Alloa Athletic and Stranraer Reserves, while the manager will also face off against his former side Cumnock Juniors.

Stranraer are toasting 150 years and the Ayrshire side are embarking on their own historic campaign after making the switch from the juniors to the seniors.

A host of familiar faces will also welcome Farrell in another friendly as the Blues face off against an East Kilbride side featuring Craig Malcolm, Paul Woods and Sean Winter, with Stevie Aitken in the dugout.

Finally, a fifth pre-season friendly is being lined up against a side from England’s League Two, with the game yet to be confirmed.

“The players have been given session plans and they are working on a six-week programme, which started two weeks ago.

“We will start on August 29 and we have got five games pencilled in between then and October 6 when the Betfred Cup begins.

“We just hope that the government guidelines allow us to crack on come that time.”

After pre-season, of course, will come the competitive games.

The Betfred Cup is due to kick off on October 6, with the draw for the competition yet to be made.

However, fixtures for the League Two campaign were unveiled earlier this week.

Stranraer will begin their first season in League Two since 2012 with Elgin City visiting on October 17.

An away trip to Annan follows, with the shortened season of 27 games due to be wrapped up on May 1 when Stirling Albion come to Stair Park.

Farrell said: “I think the fixtures have been kind to us.

“We cannot complain and you look at logistics as well and you have got Elgin at home twice.

“We start at home, we finish at home and we have also got two home games over the Christmas period.

“We have also got 14 home games in relation to 13 away games.

“I think we have got to be happy and the draw has been fair to us in relation to the league.”