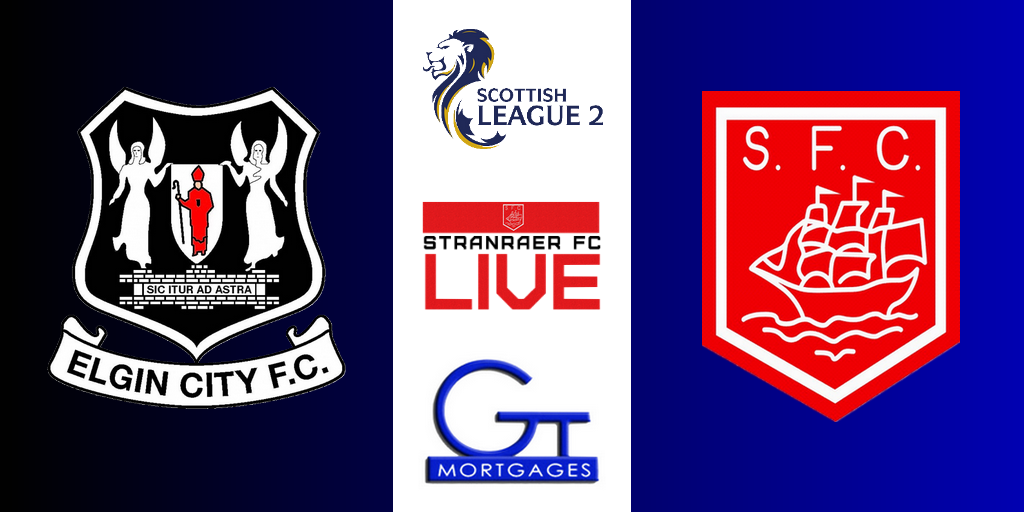 Two goals in the space of three minutes saw the Blues’ promotion hopes dealt a blow at Borough Briggs.

Matty Yates pulled one back from the spot after quickfire goals from Russell Dingwall and Kane Hester, but the Blues were left to rue missed chances as Elgin held on for a narrow win.

Having been in action only three days prior, preparations were already far from ideal before the Stranraer team bus had to be diverted on the road north, causing kickoff to be delayed.

It was almost a dream start for Stranraer as Yates was brought down for a penalty inside just six minutes, but Hilton fired high and wide from the spot.

Despite that setback, the Blues continued to create chances, with Thomas Orr denied by a good stop from home keeper Thomas McHale.

Elgin rarely threatened in the first half, and Greg Fleming’s only real save came just before the half hour mark as he turned away Darryl McHardy’s effort, with a few half chances sailing high and wide for the home side.

Yates saw a decent effort turned away with five minutes remaining of the half, before Orr miscued his shot from a great position.

Andy Stirling and Hilton both fired over after the break, before Elgin opened the scoring ten minutes into the second half, Dingwall capitalising on a long ball to race clear and slot home.

And their lead was doubled soon after, as Hester pounced on a mistake from Cummins for the easiest of finishes from close range.

There was hope for the long travelled visitors with twenty minutes remaining when referee Peter Stuart awarded a Stranraer penalty for what appeared to be a high boot in the face of Yates.

Despite the home club’s sprinkler system turning on at the worst possible time, the youngster kept his cool to pull one back for the Blues, slotting into the bottom corner.

Stevie Farrell sent on Ruari Paton, Joao Victoria and Darryl Duffy in the closing stages as the Blues chased the game, but that would be as close as the visitors would come to an equaliser.

Stranraer remain outside the playoff places in 5th, with a four point deficit to claw back ahead of Saturday’s home clash with fellow promotion contenders Edinburgh City.