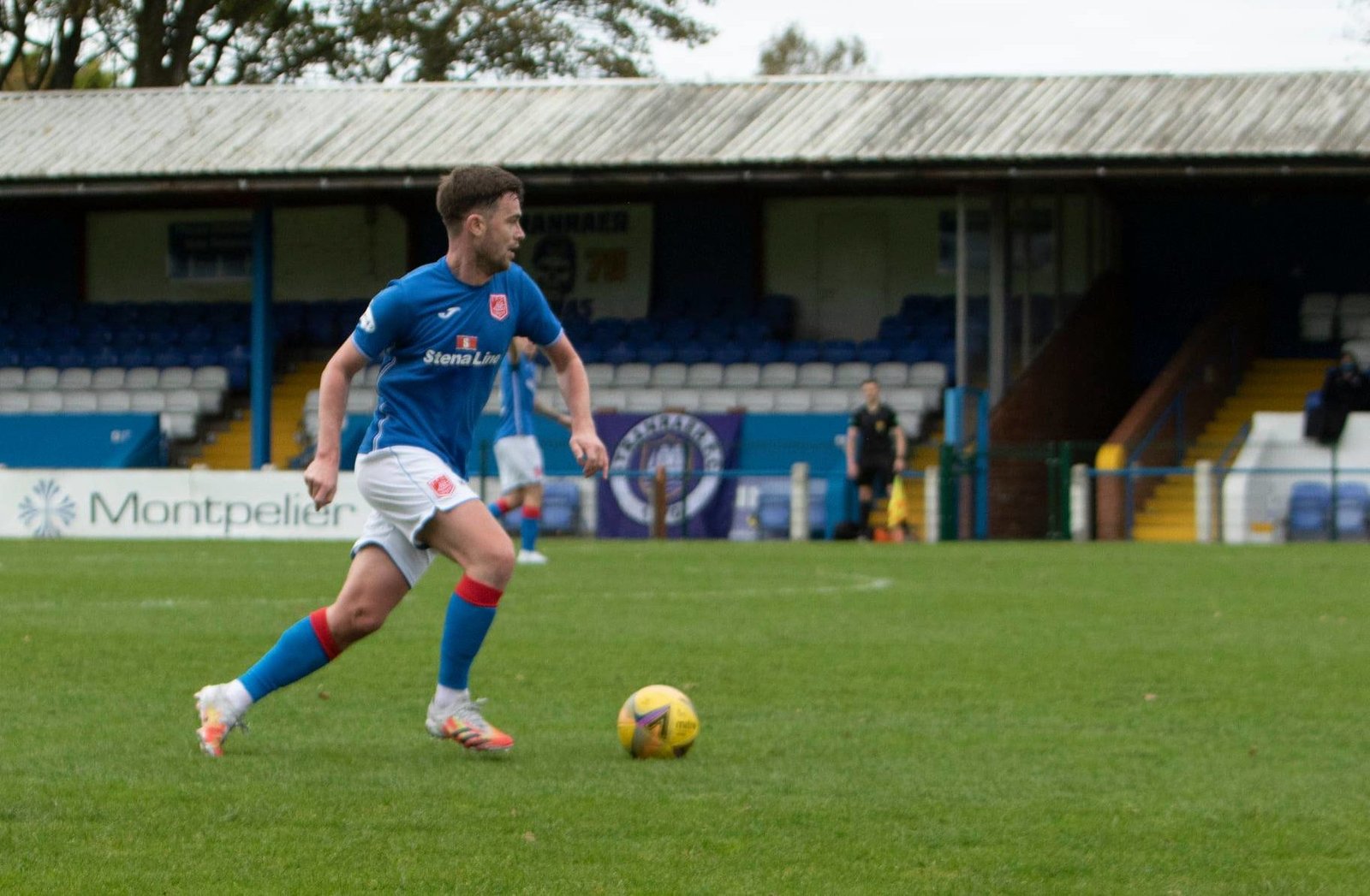 A day to forget saw Stranraer’s bid to bounce back to League One begin in stumbling fashion against Elgin City.

The Blues not only lost 4-1 to the long-travelled visitors, but also lost Ruari Paton and Adam Cummins to head knocks while Kieran Millar was sent off.

Stevie Farrell’s men came into the game with optimism after promising showings against both Annan Athletic and Albion Rovers during the Betfred Cup.

However, they were brought back down to earth within 10 minutes of the opening day of the league season.

Paton had already suffered a head knock in the opening two minutes and spent time off the pitch with a bandage being applied and a change of shirt.

Then, former Stranraer man Smart Osadolor created the opening goal, with a ball which sliced open the home defence.

Russell Dingwall then powered into the box and fired across Greg Fleming for the first league goal of the season.

It was a goal which stirred Stranraer into action and Thomas McHale did well to deny Darryl Duffy at his near post after some good play involving Duffy and Paton.

The goalkeeper was called into action for a second time when he did superbly well to keep out Tom Devitt’s goalbound header.

Unfortunately for the hosts, Paton, goalscorer in both of Stranraer’s previous two games, had to be replaced 10 minutes before the break as he was still suffering the effects of the earlier challenge.

At half time, many Stranraer fans could have been forgiven for feeling there was little between the two sides, other than the early goal.

However, Elgin would step up a gear in the second half and run out comfortable winners.

Another goal early in the second half left Stranraer with a mountain to climb as Brian Cameron turned provider for Kane Hester.

The home defence appealed for offside but Hester did not wait for any potential offside flag to come and slotted beyond Fleming.

Goals change games and fans might wonder what might have been if they had halved deficit just after the hour mark.

Substitute Cameron Elliott, on for Paton, outpaced the retreating Elgin defence and beat McHale, only for the shot to come back off the outside of the post.

Seconds later and Elgin were celebrating a third goal and it was a former Stranraer man on the scoresheet.

Conor O’Keefe lifted the ball over Fleming for his second goal in as many games.

Still, Stranraer were given the tiniest glimmer of hope with 14 minutes left on the clock.

Andy Stirling had been Stranraer’s dangerman and his free-kick was met by Devitt, who thumped home a header.

That was as good as it got for the Blues though, who would concede again just three minutes later.

Connor McManus surrendered the ball in midfield, with Elgin breaking towards goal.

Millar could only halt Hester’s progress illegally and it was no surprise to see both a red card and a penalty kick.

Dingwall then smashed home from 12 yards to wrap up an impressive opening day win for Gavin Price’s men.

Stranraer will look to get their league campaign up and running next weekend when they return to Galabank.