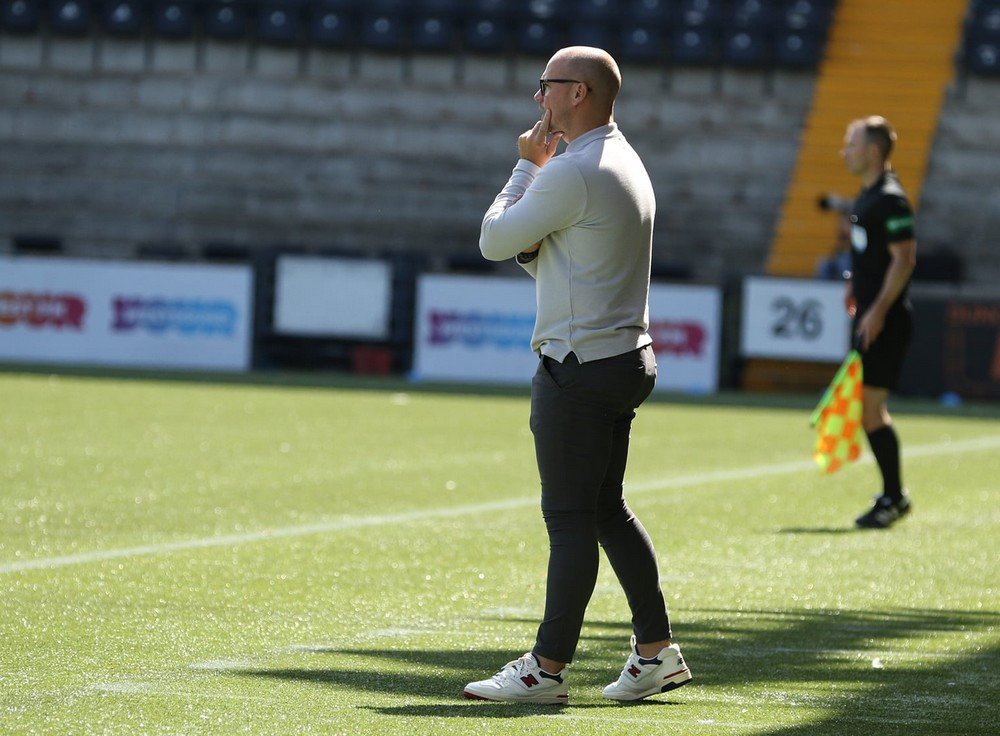 Jamie Hamill has vowed to put his faith in up and coming players to fire Stranraer up the league.

Eight members of the manager’s squad were born after the turn of the millennium, with only two over the age of 30.

Hamill said: “I’m looking to bring in young boys and give them a chance.

“If they do well here they can go on to a Championship team or a Premiership team.

“I want to give them a platform and the chance to shine.

“We want young, hungry men coming in and enjoying league football but obviously at the other end we have got experience.

“It is about finding the balance.”

Two of the younger members of the squad – Matty Yates and Josh Walker – have already found the net for Hamill but it was club captain Grant Gallagher who popped up with a header away to Elgin last Saturday to ensure the Blues left with a point.

Gallagher’s goal was his first for the club in more than six years – last scoring in a 5-1 win over Dunfermline Athletic in February 2015.

The Stranraer manager was content to take a point at Borough Briggs but felt his team could have had the game wrapped up in the first 70 minutes.

Now, attention turns to the first home league encounter of the Hamill era with Annan Athletic making the journey along the A75.

The Galabankies lost their season opener to Forfar Athletic last weekend and will be keen to get their campaign up and running.

The home manager and his coaching team, who will be without the services of former Annan man Tommy Muir, have done their homework though in a bid to ensure there are no surprises.

He said: “I have had them watched two or three times.

“Just before I spoke to you I was doing my notes on them to prepare for tomorrow.

“We have got our notes and had them watched and going forward that will be the exact same for all opposition.”

Second half strikes from Tom Orr and Ruari Paton moved Stranraer up to third in the League Two table.

The weather forced a number of other games to be cancelled but Stair Park was playable for the all Dumfries and Galloway clash.

The contest came to life after the hour mark when Stranraer found the breakthrough. Darryl Duffy played the ball through to strike partner Orr and he smashed home.

Owen Moxon was then sent off after appearing to catch Duffy with an elbow and Stranraer later wrapped things up from the penalty spot. Ayrton Sonkur and Steven Swinglehurst tangled in the box with referee Kevin Graham pointing to the spot and Paton scoring from 12 yards.

Admission for Saturday’s fixture will be pay-at-the-gate, with current COVID-19 protocols in place.

Entry prices are as follows:

If you can’t be there in person on Saturday, we invite you to watch from the comfort of your home on Stranraer FC LIVE.

Coverage begins from around 2.45pm and is available to buy now, priced at £10.