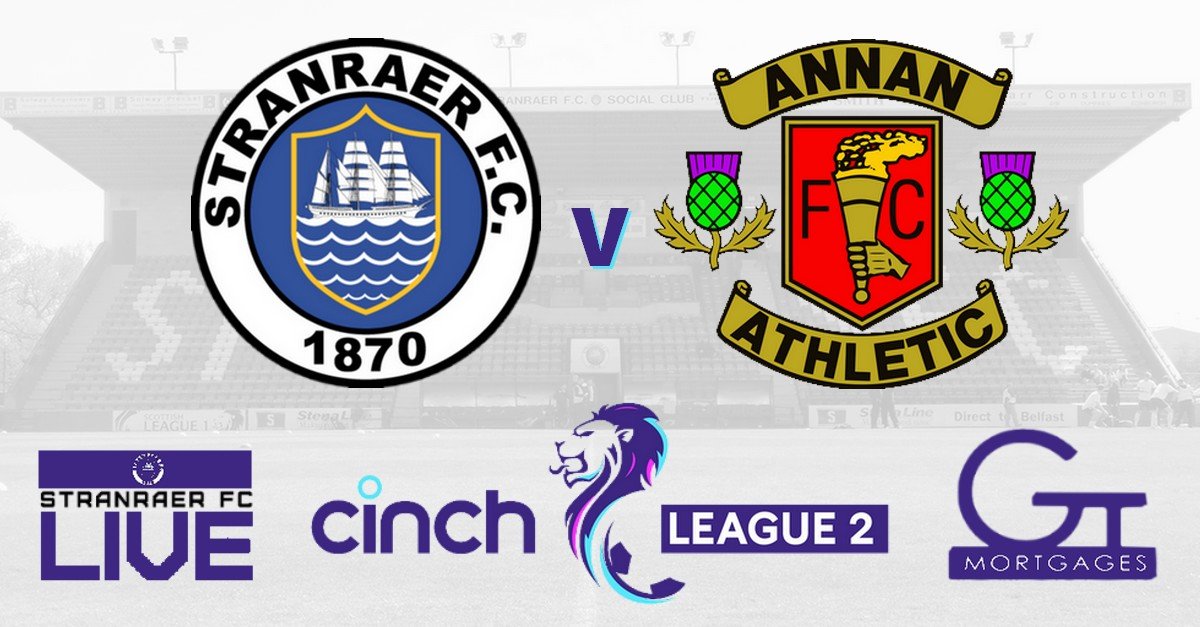 The first home league game of the season ended in disappointment for Stranraer as Annan Athletic picked up three points.

The Blues came into the contest on the back of a good point away to Elgin City seven days earlier.

Jamie Hamill named the same starting line-up from that occasion but it was the visitors who were in control for large portions of the game.

Annan had already forced a number of corners in the opening stages and their superiority told on 13 minutes.

Chris Johnston still had plenty to do when he picked up the ball in the Stranraer half but with a retreating defensive line he continued forward and stroked the ball home.

The advantage should have been doubled six minutes later when Matthew Douglas got on the end of Owen Moxon’s corner but he could only direct his header the wrong side of the post.

It took until around the half hour mark for Stranraer to really find their feet in an attacking sense.

Josh Walker curled his free-kick round the wall and with Fleming beaten it came back off the outside of the post.

Home fans would have been hoping for Stranraer to take that form into the second half but the chances of taking something from the game suffered a massive blow six minutes after the restart.

It was very similar to Annan’s first goal, with Aidan Smith this time running through unchallenged before firing home from the edge of the box.

Stranraer’s best chance of the second half would come just moments later and again it would be from a set piece.

Dean Hawkshaw’s free-kick again had Fleming in trouble but this time it dropped the wrong side of the post.

Finally, the game was well and truly put to bed with 18 minutes left to play.

Moxon, a regular goalscorer against Stranraer last season, kept up his impressive habit.

He turned in the box and fired a shot over a helpless Curtis Lyle and in off the underside of the crossbar.

To compound Stranraer’s misery both Paul Woods and Hawkshaw limped off late on to leave Hamill with some issues ahead of the trip to Cowdenbeath.