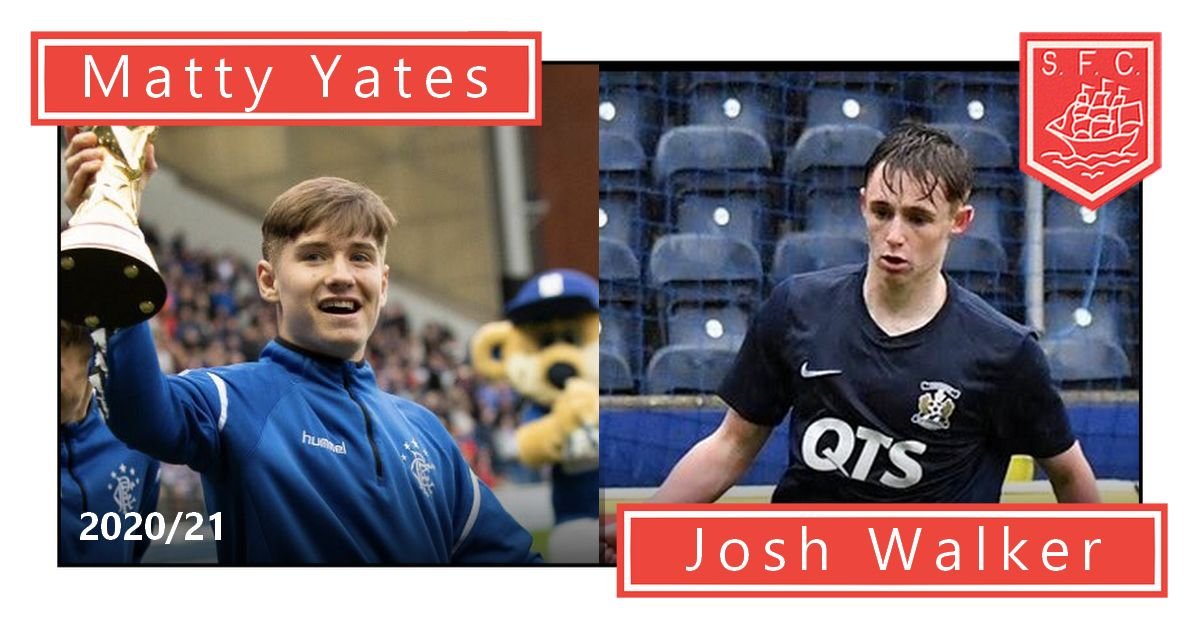 Stranraer have bolstered their options with the signing of young duo Matty Yates and Josh Walker.

The pair, who featured as trialists in the Blues matchday squad recently, will now have the opportunity to gain first team experience at Stranraer.

Centre forward Yates moved on from Hibernian in the summer, having risen through the youth ranks at Rangers, whilst winger Josh was part of the Kilmarnock youth academy.

“Josh was at Kilmarnock through all of his career and was actually a team mate of Jamie Walker.

Both players go into our squad for Saturday’s league game away to Edinburgh City.