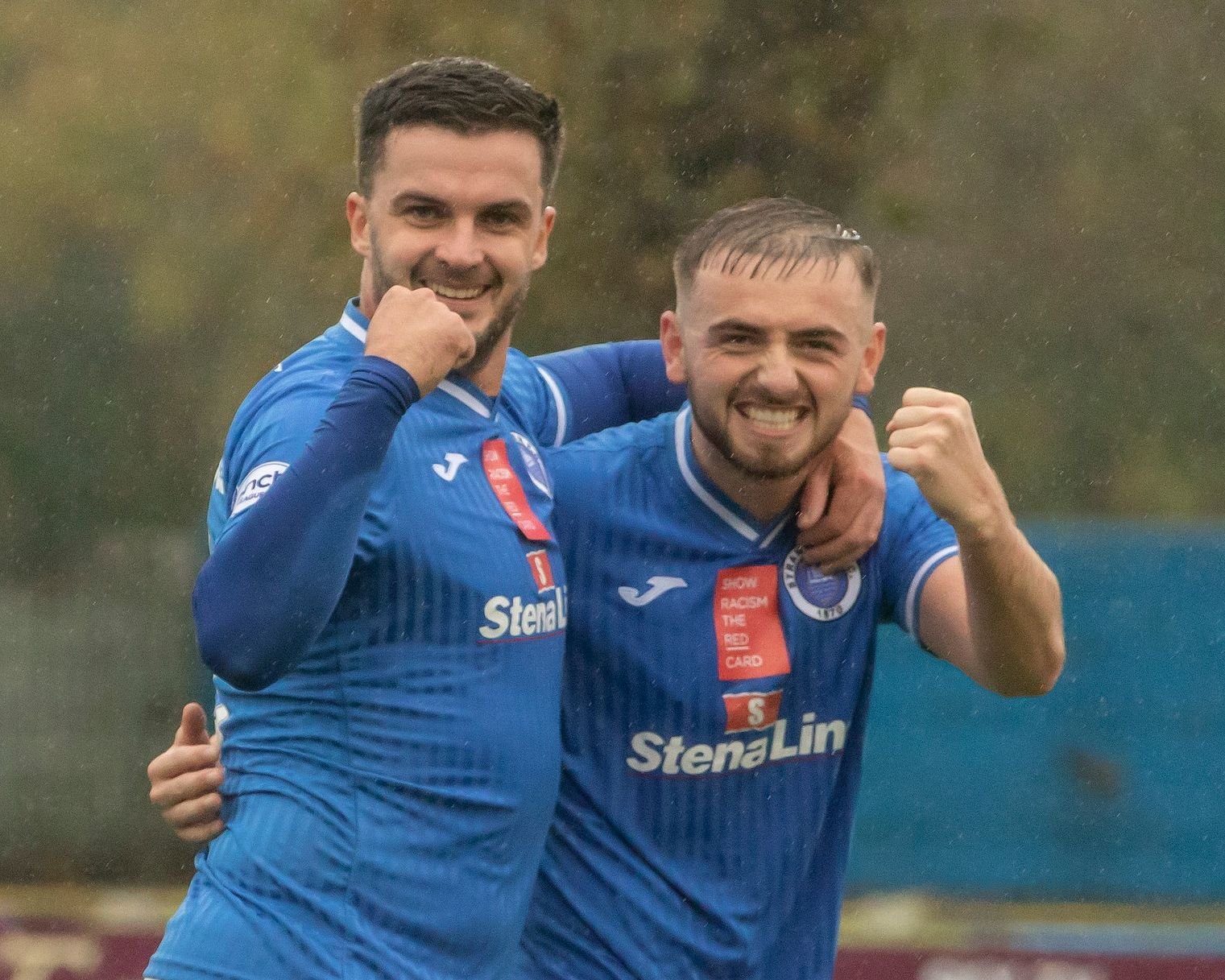 James Hilton’s first half strike helped Stranraer bounce back from a Scottish Cup exit to pick up three much-needed points.

The Blues had lost out to Fraserburgh but showed more than enough to end a winless run against Forfar.

Jamie Hamill made three changes from the unsuccessful trip to the Highlands.

Sam Ellis, Anton Brady and Scott McLean all dropped to the bench as captain Grant Gallagher returned to the starting line-up alongside Matty Grant, while Salim Kouider-Aissa made his first start.

Joao Victoria had scored in the first minute the last time Stranraer defeated Forfar at Stair Park back in 2019.

Hilton came close to matching that feat with a drive after just 11 seconds but it was deflected into the arms of Marc McCallum.

The Blues were keen to work the goalkeeper, who was between the sticks when Stranraer beat Livingston in the play-offs a couple of years ago, and Paul Woods and Dean Hawkshaw both had shots from distance in the early stages.

However, the only goal of the game would come from much closer to the target.

Sean McIntosh whipped in a brilliant ball from wide on the right and Kouider-Aissa rose above his marker to head on target.

McCallum managed to get a hand to it but the ball dropped just a yard or two from goal and Hilton tapped the ball home.

Quarter of an hour later and it was the fingertips of McCallum to the rescue for Forfar.

The visitors had a free-kick 30 yards from the Stranraer goal but quickly found themselves on the retreat as the hosts countered.

Grant played it across the box and Woods’ drive from 20 yards looked destined for the net until McCallum tipped it over the bar.

Unfortunately, that would be the final real involvement for Woods.

He went down under a challenge between Matthew Aitken and Gallagher and it was immediately clear he was in a great deal of pain.

The winger was stretchered off as the game entered first half injury time.

Forfar came out energised for the second half as they looked to make it a hat-trick of wins.

Stefan McCluskey fired over the bar while the Stranraer defence had to deal with a series of corners swung in under the crossbar.

The Stranraer defence increasingly held firm but they were almost undone two minutes from the end in bizarre fashion.

Aitken and Robertson jumped for the ball with the Stranraer defender’s looping header flying over a backtracking Luke Scullion.

The ball came back off the crossbar and McCluskey looked certain to score only for Kyle Girvan to make a match-winning block on the line.

Time eventually ran out for the visitors as the Blues kept the pressure on the teams chasing a play-off spot.