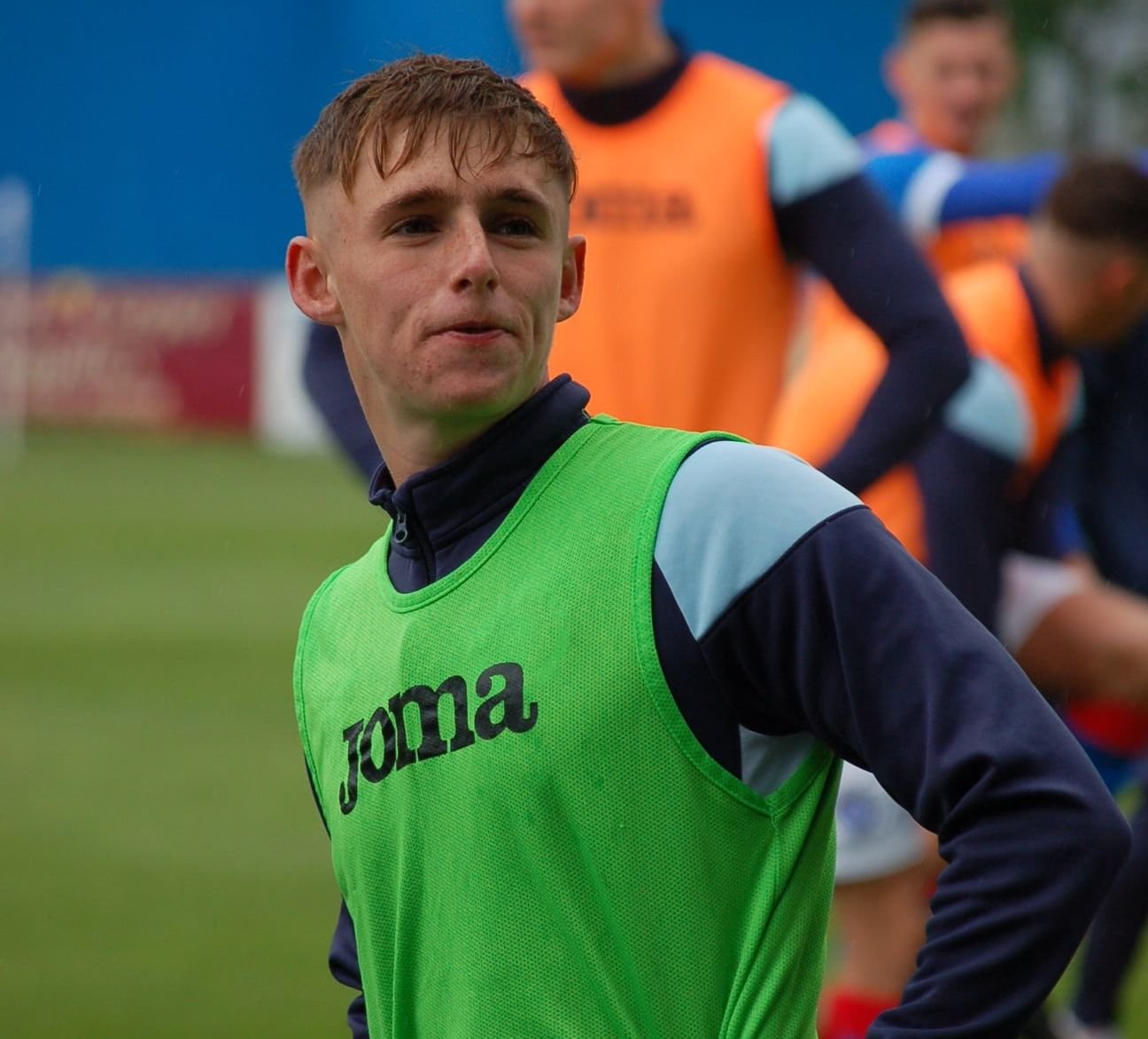 Josh Walker admits he was hurting on Saturday but stressed the club are together in trying to get back to winning ways.

The midfielder came off the bench but was unable to prevent Stranraer losing at Fraserburgh in the Scottish Cup.

A return to Stair Park awaits the Blues, who host a Forfar side coming into the game after back-to-back wins.

Walker said: “Obviously, to go out the Scottish Cup for the second year in a row at the first time of asking is really disappointing for us as a squad and as a group.

“You go to Fraserburgh, you know the challenges that you are going to face up there in terms of they will be physical and they will be strong.

“Obviously, the pitch, the journey and the conditions as well can be a bit of a leveller for them.

“I think, at the end of the day, if we took our chances, we could have won the game by two or three but if you don’t take your chances then you are susceptible to conceding one or two on the break and that’s what happened.

“Obviously, as the game went on, the last half hour or so, we maybe went a wee bit more direct to try to get something out of the game, which probably does not suit us and maybe plays into their hands a wee bit.”

The cup upset has already been dissected behind closed doors and was cast firmly to the back of the mind ahead of training on Tuesday night.

Now, attention is firmly focused on getting three points against a Forfar team who have very much had the upper hand in recent meetings.

The Angus side have won both encounters between the clubs this campaign and did not taste defeat in the league meetings last term either.

Walker scored in two of the matches last term but on both occasions was on the wrong side of a 3-2 loss.

However, the former Kilmarnock man was confident the form book counted for little.

He said: “We fancy ourselves against any team.

“Hopefully, tomorrow we can turn that around and get one over on them at home.”

Promisingly for the Blues, their home form has been a strength this campaign.

The only defeat came last time out against Elgin City but previous encounters have included an impressive showing against the then unbeaten league leaders Dumbarton.

Three points tomorrow could close the gap on the teams in the play-off positions as Stranraer look to put together an unbeaten run.

Walker felt there were promising signs in the squad but at times they have not put it together for a full 90 minutes.

He said: “I think, at times this season, we have shown we can be a really good team.

“I think we have got a good squad of players and a big squad as well.

“There are plenty of players pushing to play and pushing each other on to play.

“The squad are hungry to do well and everybody wants the same thing.

“The only thing that is going to help that is a result on Saturday.”

54 minutes were on the clock when Craig Slater’s free-kick caught out Luke Scullion at his near post.

Six minutes later and it was game over when Andy Munro scored the second. Stranraer failed to clear a corner and Munro was lurking to fire the ball into the roof of the net from close range.

1. Stranraer have not defeated Forfar Athletic in the last nine meetings. That has seen seven victories for the Angus side. The last Stranraer victory came at Stair Park in April 2019. If any fans were late to the game, they might have missed Joao Victoria’s first minute opener. Gary Irvine levelled for the visitors before Connor McManus scored the winner.

2. Mike Geraghty celebrates his 52nd birthday today. The frontman had three spells at Stranraer between 1991 and 2001. His final goal for the club came away to Clydebank in a 3-2 win. The Stranraer team that day was: McGeown, Wright, Knox, Hodge, George (Jenkins 69), Bryce (Geraghty 58), MacDonald (McLauchlan 89), Rae, Stirling, Harty, Walker. Not used: McDonald and O’Neil.

3. This week marks a decade since Stevie Aitken took charge of Stranraer for the first time, coincidentally against Forfar. Stranraer would win 4-1 on the day with Craig Malcolm scoring after just four minutes. David Mitchell saved Iain Campbell’s penalty before Danny Denholm levelled the score but Stranraer would lead at the break thanks to a Chris Aitken goal. Malcolm made it 3-1 before Frank McKeown’s last minute goal wrapped up the scoring.

4. Stranraer’s last match on October 29 came six years ago when they lost 2-0 at Peterhead. Willie Gibson was sent off for Stranraer eight minutes into the second half. Rory McAllister and Scott Brown then wrapped up the win for the Balmoor side.

5. All three of Forfar’s wins in the league have come when they have kept a clean sheet. They won 2-0 against Stranraer at Station Park at the beginning of August. They won by the same scoreline at Albion Rovers the following month and won 1-0 at Elgin City in the last league outing.