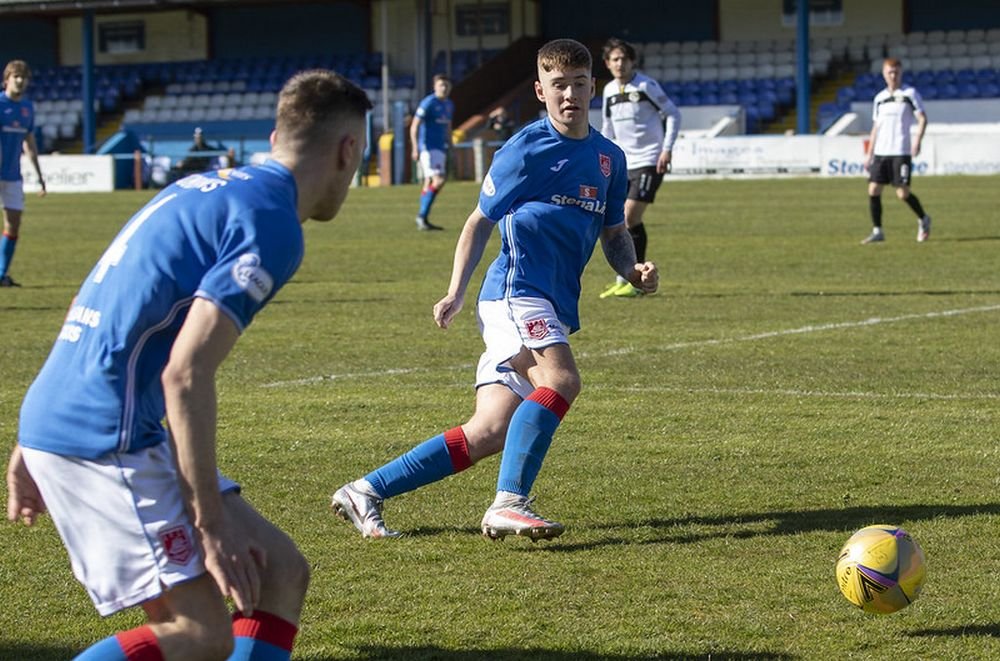 Sluggish Stranraer failed to bounce back after Liam Brown’s early header gave Edinburgh City victory in the race for the play-offs.

The Blues struggled to find a way through their opposition, who have been in impressive form since the campaign restarted.

Stevie Farrell made three changes from the side that had narrowly lost out at Elgin.

Tom Devitt, Joao Victoria and Kieran Millar came into the starting line-up in place of Ayrton Sonkur, Ally Taylor and James Hilton, with the trio named on the bench.

The visitors had already forced a corner in the opening stages before they took advantage of some slack Stranraer defending to break the deadlock.

His cross into the box found Josh Campbell, who was denied by the crossbar.

The ball fell kindly to Brown and he had the simple task of nodding the ball into the empty net.

Stranraer were struggling to get into the game and failed to register a shot on target in the opening 45 minutes.

The best chances would fall to Robertson and club captain Grant Gallagher within the space of four minutes.

First, Robertson, closing in on 250 appearances for the club, dragged a shot wide from outside the box.

Then, Gallagher got on the end of a good team move involving Matty Yates and Tom Orr.

However, the former Airdrie man sliced his shot wide of the other upright.

An improvement was needed after the break and the early signs were promising, with Adam Cummins’ deflected drive forcing Calum Antell into a save.

Orr’s low cross was only partially blocked and fell perfectly for Victoria, who lifted his shot over the crossbar from barely six yards.

Farrell made changes as the half wore on, introducing Cameron Elliott, who forced Antell into action once again.

The substitute rose highest to get to Sean Burns’ deep cross but he could not find the necessary power or direction to trouble the goalkeeper.

Fourteen minutes from time and the Edinburgh City number one was called into a more testing save.

Hilton, another of the substitutes, swung in a corner, with Devitt flicking the ball towards goal, only for the goalkeeper to tip it over.

Stranraer piled on pressure in the closing stages but never truly threatened the visitors’ goal.