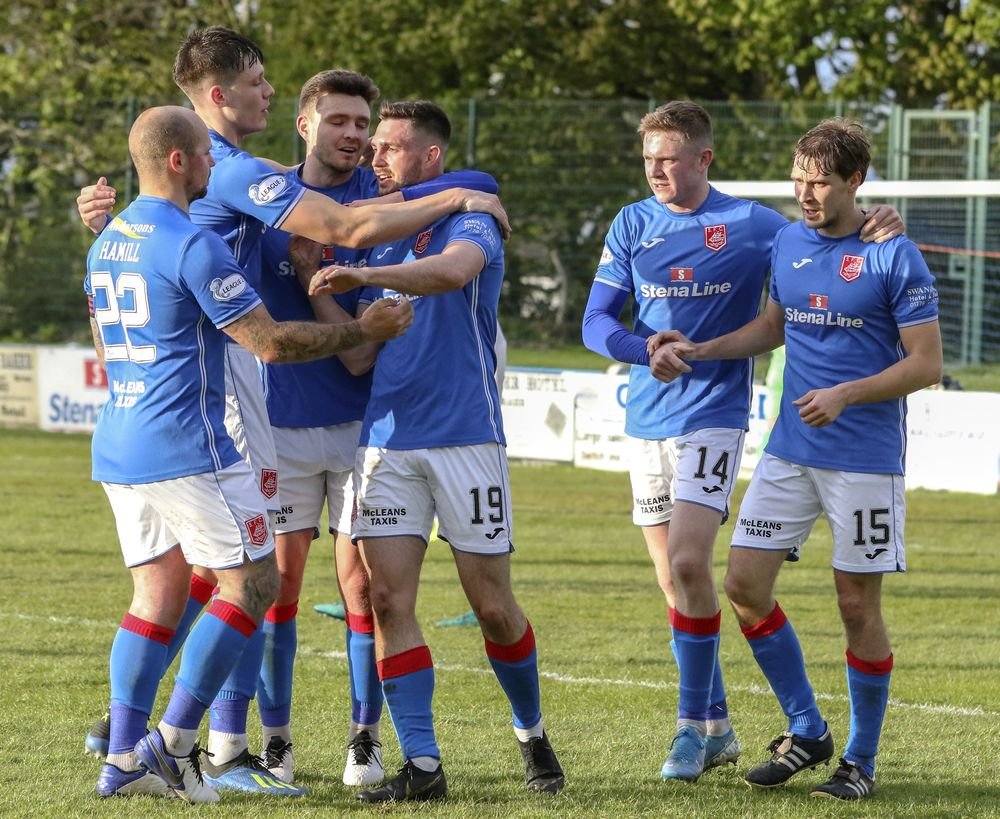 Two first half goals saw Stranraer edge out Edinburgh City to book their place in the promotion playoffs.

Andy Stirling’s 20 yard strike set the Blues on their way, before Thomas Orr netted what proved to be the winner on the stroke of half time after an unfortunate own goal had levelled the scoring.

Saturday’s goalscorer Darryl Duffy returned to the starting lineup, as Ruari Paton and Joao Victoria made the bench following suspension.

Duffy had the first real effort of the game, lashing wide from distance, before playing a part in the opening goal.

The striker let the ball run for Stirling, who took a touch and curled the ball neatly into the bottom corner.

Stirling almost made it two just a few minutes later after a trademark mazy run, but could only shoot wide from an angle.

The Blues’ promotion hopes were handed a blow just before the half hour mark, as indecision between Scott Robertson and Greg Fleming saw the defender nudge the ball past his goalkeeper and into the back of the net for an own goal.

Edinburgh City then came within a whisker of taking the lead, Liam Brown’s strike from distance rattling the crossbar.

But Stranraer looked the brighter side throughout, and created several chances ahead of the half time interval.

Orr ran onto a lofted ball from Stirling and found Duffy in space, the veteran striker attempting to lift the ball over Ryan Goodfellow in the City goal, only to be met by a good stop from the goalkeeper.

A minute later, Orr showed the City defence a clean set of heels, only for one of those heels to be clipped by experienced centre back Conrad Balatoni, unseen by referee Graham Grainger.

Stranraer’s top scorer would get his own back on Balatoni in the final minute of the first half, combining with Cameron Elliott and holding the defender at bay to control the ball and hook it into the bottom corner.

The second half was played out with very few chances.

Josh Campbell shot wide for the visitors from a good position, and Elliott later dived to meet an Stirling cross but was beaten to the ball by Goodfellow.

Stranraer almost made it three in the closing stages, only for Stirling to be denied by a save, and Orr by the prone body of Balatoni on the follow up.

But all that mattered was the result on the night, one which earns Stevie Farrell’s men a chance to battle their way back into the third tier.

Queen of the South 2-1 Stranraer