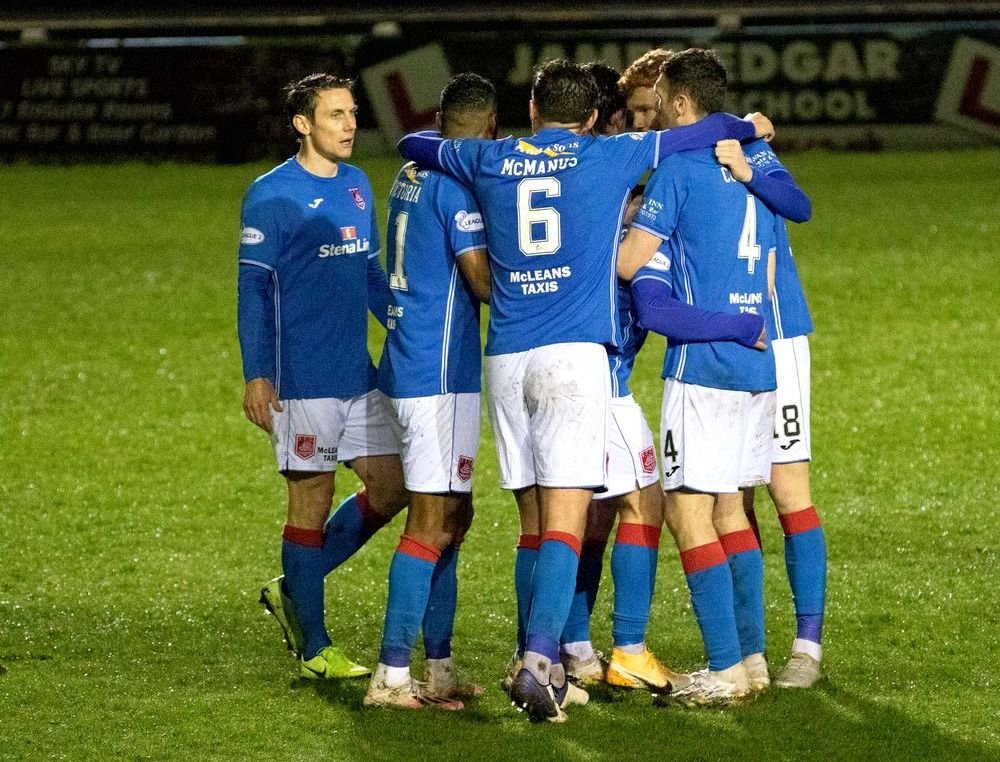 Second half goals from Andy Stirling and Thomas Orr earned victory for the Blues at Stair Park.

Stevie Farrell recalled Joao Victoria and Jamie Hamill to the starting lineup, with Ruari Paton on the bench and Kieran Millar suspended following his sending off against Queen’s Park three days earlier.

The manager had pledged to “get it right” following the defeat at Hampden, and whilst it wasn’t always plain sailing for Stranraer, the result was a welcome return to winning ways against a revitalised Brechin side boasting a raft of new additions.

One of a number of loan signings at City, Hamilton Accies forward Sean Slaven was first to test Blues goalkeeper Greg Fleming after evading the attention of Jamie Hamill.

Grant Gallagher came close to breaking the deadlock for Stranraer on the quarter-hour mark, rifling past the post after some neat interplay between Stirling and Orr.

Victoria was next to try his luck, cutting in from the flank in familiar fashion before firing off target.

However it was the visitors who carved out the best opportunity of the opening 45 minutes.

Rory Currie raced clear of the offside trap and kept his cool to beat Scott Robertson, but his shot cannoned off both posts and rolled clear, much to the relief of the Blues defence.

Fleming had to be alert to claim the ball at the feet of the onrushing Chris McKee in the only other clear cut chance of the first half, and denied Slaven once again after the break.

But City’s hopes of an upset would be dashed by a series of unfortunate events.

Former Partick Thistle midfielder Abdul Osman limped off to be replaced by ex-Blues defender Gerry McLauchlan, but his return to Stair Park would last only seven minutes.

Stirling dribbled infield unchallenged and unleashed a shot from distance which deflected off McLauchlan and into the back of the net.

Moments later the substitute had to leave the field, having sustained an injury of his own.

Only one team looked like going on to win the game, with Adam Cummins seeing a header cleared off the line before Stranraer put the game to bed.

The midfielder’s deft touch teed up Orr to tuck away the second goal of the evening.

Gallagher almost made it three in the closing stages as he raced onto another fine pass from Hilton, only to skew his shot wide.

With three points on the board, the Blues head to Cowdenbeath on Saturday looking to further cement their playoff spot.