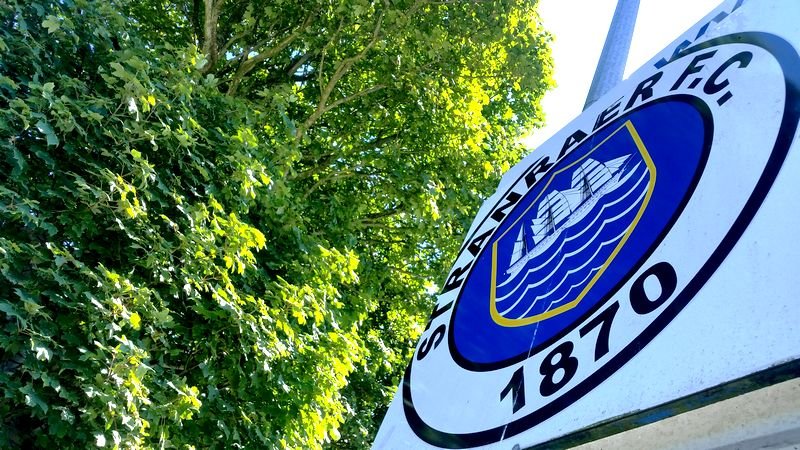 TO ALL Stranraer FC supporters.

Firstly, we sincerely hope that all our supporters and their families are remaining safe and well at this time.

It has been widely reported in recent days of the ongoing SPFL resolution whereby all 42 Scottish League Clubs were asked to vote on whether the 2019/20 season be concluded forthwith, with current Championship, League One, and a League Two placings declared as final and the outstanding monies paid to all member clubs based on these positions.

Stranraer FC voted NO to this resolution based on the following considerations and facts.

At this unprecedented time we felt unanimously as a Committee that no football club, Stranraer FC or any other should be at a detriment due to this horrendous situation. It is grossly unfair that any club should be relegated from their respective League whilst a quarter of the season still remains.

We strongly felt that at this time more than any other that Scottish Football should demonstrate the absolute philosophy of real “sporting integrity” in order to ensure a collective responsibility to all member clubs.

Further, it has been well reported that the SPFL conveniently combined the voting process with that of final league places being declared and that all clubs would receive their outstanding prize money. However, it has retrospectively come to light that this was disingenuous in that the SPFL could have – and for that matter still have – the power to advance monies to member clubs on an interim or provisional basis as loans, pending confirmation of final payments.

Therefore, Stranraer FC take exception that this fact was not disclosed to all member clubs prior to the commencement of the ballot process. Prior to any formal ballot/voting process it is critical that all involved are furnished with all of the relevant facts, to afford every club the opportunity to cast their requisite vote based on these.

This was not the case. We were incensed that the SPFL decided to release a formal statement prior to the conclusion of the formal ballot process publicly disclosing the results at that juncture,

This statement was completely inappropriate, and we further considered it to be potentially both prejudicial and leading in its content.

Whilst remaining with the final payment to clubs. Stranraer would challenge some of the recent figures published via various press and media outlets as being wholly inaccurate and undoubtedly misleading.

From the figures being reported, the largest majority of the payments referred has already been received by member clubs, as it is paid in instalments throughout the season, so despite the articles that have claimed Stranraer FC were due to receive anywhere between £25,000 and £75,000, to the complete contrary, we will in fact receive only a nominal amount that would not even meet that of one week’s wage bill.

In recent days, Stranraer FC have seen reports pertaining to us and other clubs potentially being financially compensated for any detriment imposed by way of the Resolution being adopted – in our case to be relegated. Notwithstanding this or any other similar discussion, our position will remain consistent throughout in that we will challenge any proposal that leaves our club at any detriment in relation to our current league status.

Stranraer FC fully support the legal submission shared by Partick Thistle with all member clubs and the SPFL on Tuesday 14th April in that the current SPFL proposal is legally flawed, and the SPFL’s failure to adhere to a proper process to date is most definitely subject to legal challenge. Our Chairman, Iain Dougan has consistently stated that Stranraer would be in favour of no team being relegated in Scotland, and league reconstruction as a fair and positive way forward to include all member clubs, inclusive of our Highland & Lowland League colleagues as part of any potential agreed resolution.

Finally, we remain committed to working alongside all member club colleagues, via meaningful and purposeful consultation, to best agree the most suitable way forward for Scottish Football – without any remedy being introduced whereupon it’s only the few that are to be penalised.

We will of course continue to keep all our supporters updated.

In the meantime, we sincerely hope that you each continue to remain safe.

Merry Christmas from all at Stranraer FC