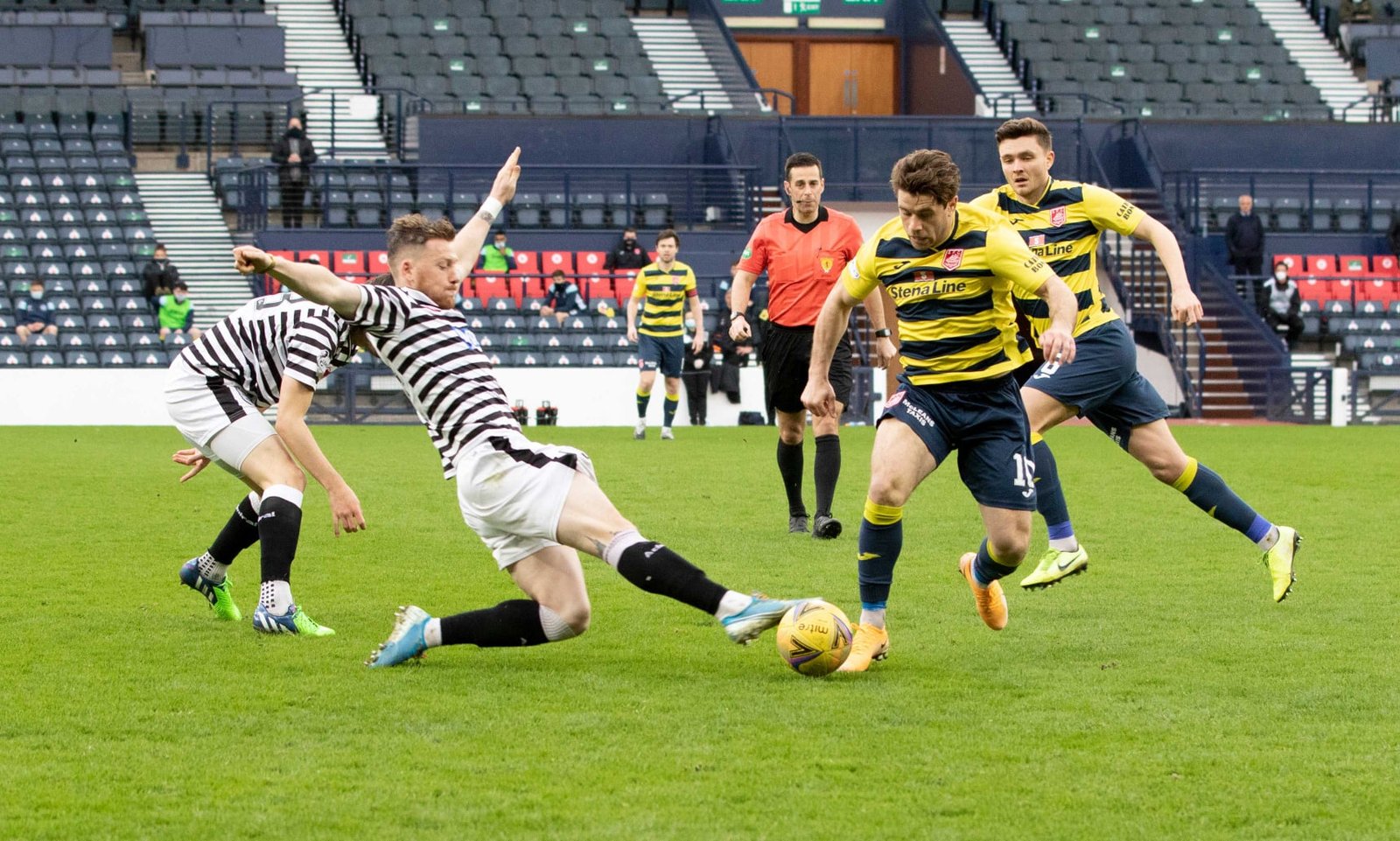 League leaders Queen’s Park ran out comfortable winners in their final game at Hampden, as the Blues’ five-month unbeaten run finally came to an end.

Chances were few and far between for Stranraer, who saw Kieran Millar sent off in the closing stages having conceded a penalty earlier in the second half.

Bob McHugh’s resulting spot kick put the game out of sight after first half headers from Michael Doyle and Lee Kilday.

The Spiders dominated play throughout, with former Hibernian striker Simon Murray twice coming close in the early going before the home side opened the scoring.

Murray’s cross found Doyle in acres of space beyond the back post, and the Irishman’s looping header sailed over Blues keeper Greg Fleming and into the back of the net.

Ten minutes later their advantage was doubled, with Kilday rising to meet a well-placed free kick.

Andy Stirling would come closest for Stranraer shortly after the break, cutting inside after a jinking run, only to see his shot blocked.

But the Spiders struck the killer blow not long after the hour mark, as McHugh calmly slotted home after a foul inside the box from Millar.

It would be an afternoon to forget for Millar, who was dismissed for a second bookable offence with nine minutes to go.

Queen’s Park now move to their new temporary home of Broadwood Stadium, whilst the Blues have a chance to move on with a Tuesday night home game against Brechin City.