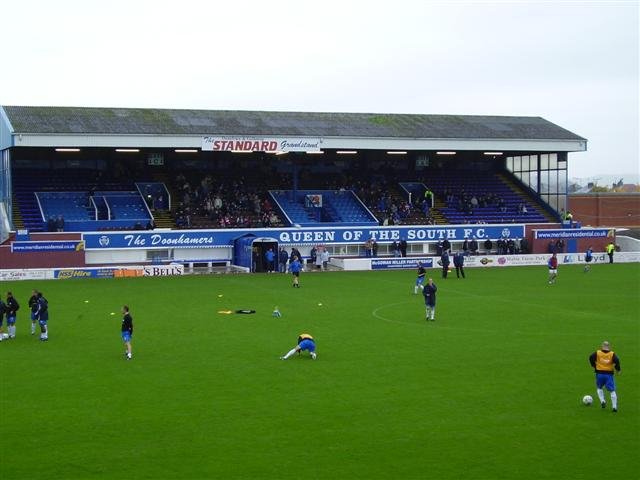 Strengthening at either end of the pitch remains the priority for Jamie Hamill.

The manager has left no stone unturned in his bid to put his stamp on the Stranraer squad since he replaced Stevie Farrell during the close season.

Sean McIntosh, Paul Woods, Craig Ross, Ruaridh Langan and Joe Moore have all joined the Blues, along with Tommy Muir.

However, Hamill wants another three or four players through the door, with most of the signings likely to be on permanent deals, rather than loan switches.

The player-manager will take his new look squad to Palmerston Park tomorrow (Saturday) for the final pre-season friendly before the Premier Sports Cup clash with Greenock Morton.

He was looking ahead to the trip to Dumfries as the players continue to jockey for position to secure a place in the starting line-up.

Hamill said: “At the end of the day, it is still about getting minutes.

“It is still a pre-season game and most of the boys have played a lot of minutes.

“The boys have impressed throughout pre-season and in training and have taken on board what we are thinking and moving forward.”

One man who is expected to be involved tomorrow is Muir.

The former Annan Athletic and Stenhousemuir man has missed a chunk of pre-season due to injury.

Hamill was keen to see the frontman get up to speed and challenged him to work hard and force his way into the team.

The former Kilmarnock and Hearts full-back is one of two new managers in SPFL League Two this season alongside Kevin Thomson at newcomers Kelty Hearts.

He said it would take time for the squad to gel together but he was happy with the efforts being shown by the players.

“Every manager puts down their own stamp on it,” said Hamill, who is joined in the dugout by Darryl Duffy.

“The more the boys get together the better and pre-season is perfect for that.

“You are travelling down and more time training together.”