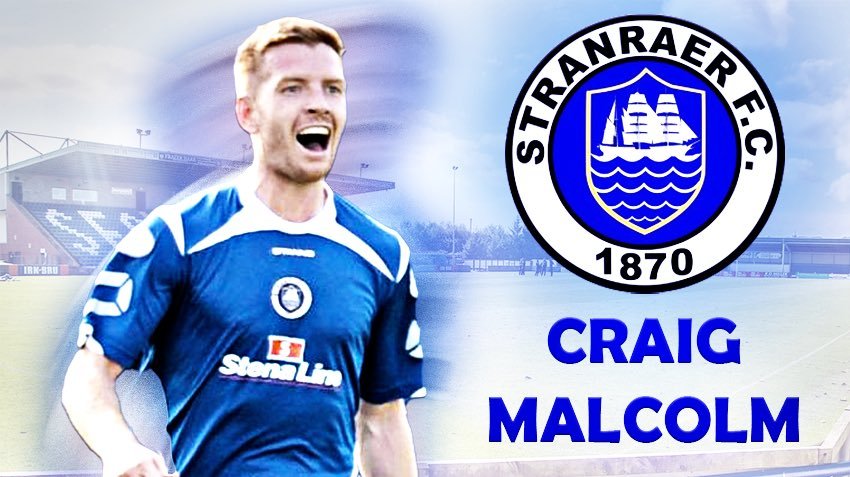 We are delighted to welcome Craig Malcolm back to Stranraer as our new number 9.

Returning for a third spell, club legend Malky will be looking to add to his 104 goals in the blue and white, having already grabbed one as a trialist last weekend.

A member of our ‘Team of the Decade’, the striker initially joined us in 2010 from Arthurlie, and went on to become the club’s second-leading scorer of all time.

We look forward to welcoming Malky back to Stair Park for Saturday’s season opener against Annan Athletic.