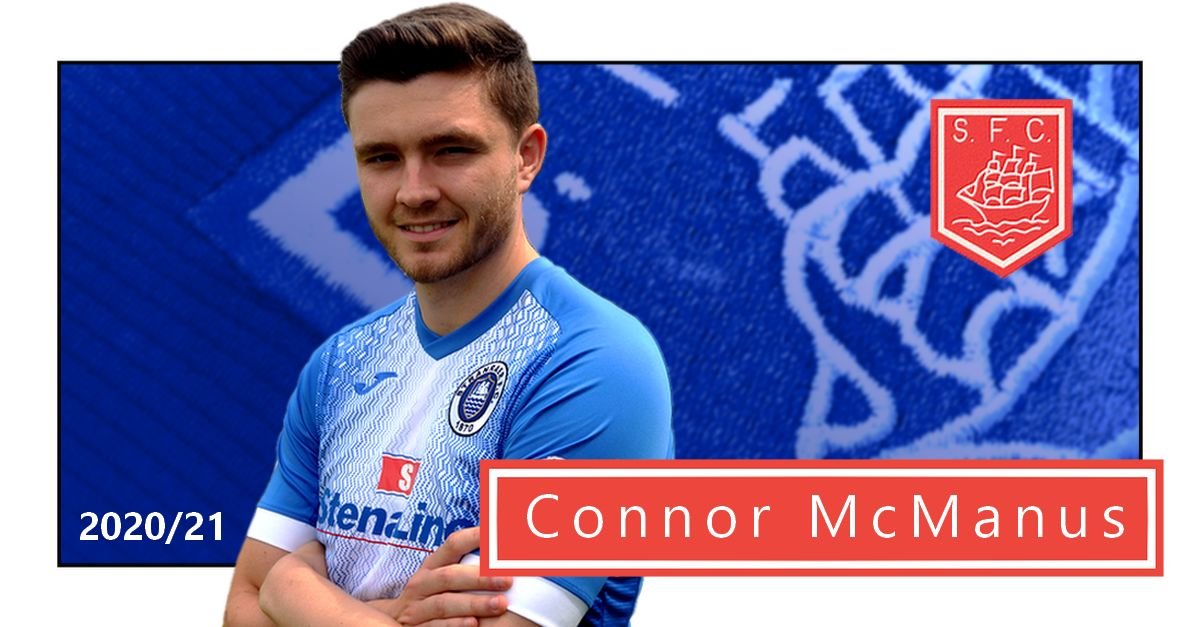 MIDFIELDER Connor McManus has revealed he feels he owes the club after agreeing to extend his stay at Stair Park.

The 24-year-old is the latest to commit his future to Stranraer and joins Cameron Elliott in agreeing a deal today.

He said: “Obviously, the manager has been good to me over the two seasons.

“I’ve played virtually every game and I felt I almost owed it to him and the club to stay.

“In these current conditions that everybody is going through, the fact that the club has stuck by somebody like myself and offered a deal, it was good from them.”

McManus featured in all 33 Stranraer games last year and had kept himself ticking over during the enforced close season.

He was impressed with the way Stevie Farrell had been working to assemble his squad for the new campaign.

He added: “There are some good signings and obviously keeping a hold of some of the players, there’s a good core.

“I know Kieran Millar from East Fife and we played a lot together.

“He is a great type to have in the squad and a good player.”