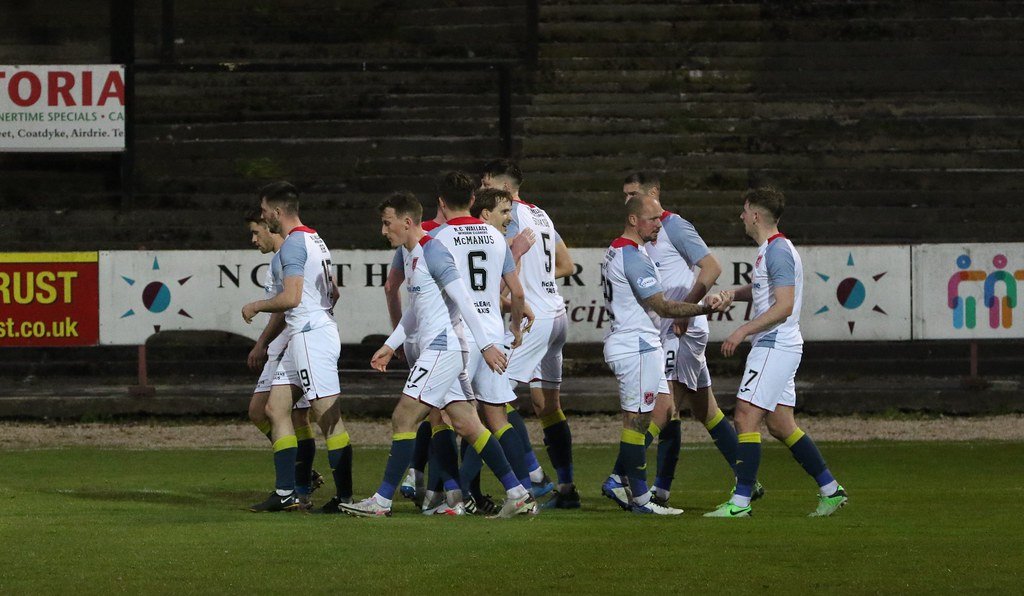 Stranraer produced another dominant performance as they brushed aside Albion Rovers at Cliftonhill.

James Hilton fired the Blues in front with two minutes to play of the first half, before Joao Victoria’s near-post finish wrapped up the points in the closing stages.

Stevie Farrell made two changes from the side which faced Premiership side Hibernian only two days prior, as Ruari Paton replaced Darryl Duffy, with Jamie Hamill coming in for Sean Burns after a late fitness test.

Despite their hectic schedule, Stranraer made light work of the Coatbridge side and could have added a few more goals.

The Blues controlled possession throughout and created plenty of chances in the first half.

Paton swung a free kick just over the bar with just two minutes on the clock, Hilton had two shots off target in the opening half hour, and Thomas Orr clawed a shot wide of the mark.

Hilton was then denied by a good save from on-loan Hearts goalkeeper Harry Stone after rushing onto an Andy Stirling through ball.

Lewis Wilson headed wide for the hosts before the Blues finally took the lead.

A short corner worked its way out to Kieran Millar, and Hilton was quick to react to the long ball, chesting it down and evading Rovers defender Jamie McGowan to slam home the opening goal.

Although former Blues forward Ryan Stevenson limped off with an ankle injury, his replacement Kyle Doherty was lively and carved out a couple of opportunities for the home side as the first half drew to a close.

Clear cut chances would be few and far between in the second half, with Stirling darting infield to flash a shot wide just after the hour mark.

Paton’s headed flick found Orr, who picked out Victoria at the near post to bundle the ball home from close range.

Sam Jamieson spurned a couple of late chances for the hosts, but the three points never looked in danger for Stranraer, who continue their excellent league run with a third win on the trot.

Next up for the Blues is a trip to newly-crowned champions Queen’s Park on Friday night as the post-split fixtures get underway.