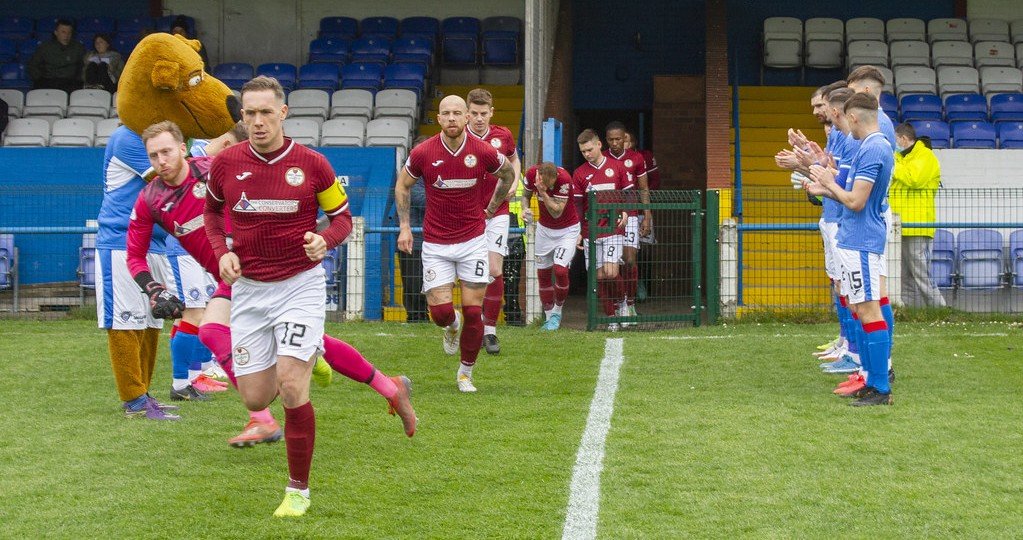 Ruthless Kelty Hearts made it 12 points out of 12 against Stranraer this season after three unanswered second half goals.

Robbie McNab, Tommy Reilly and Kallum Higginbotham all found the net after the hour mark.

The Blues had matched up well with the League Two champions for much of the opening stages but McNab and Reilly scored in quick succession and there was no way back.

Arguably, the Blues had the best chance of the opening half and it came to top scorer Matty Yates.

A deep ball to the back post was headed back across goal by Sean Burns but Yates could not direct his header on target.

At the other end, Kallum Higginbotham saw an effort blocked by Ayrton Sonkur and then Maksym Kucheriavyi nodded off target.

The lack of genuine goalmouth action in the first half gave little sign of what was to come after the interval.

James Hilton almost caught out Darren Jamieson with an audacious effort from fully 35 yards but his shot drifted just over the crossbar.

However, Kelty were also more on the front foot and Luke Scullion made a fine save 11 minutes into the second half.

Alfredo Agyeman turned Craig Ross on the edge of the box and got his shot on goal but Scullion managed to block it round the post.

Stranraer did not heed the warning though and the opening goal was just five minutes away.

Kucheriavyi, who scored the goal that won Kelty the league, was at the heart of it.

His mazy run took him past three defenders and he rolled the ball to McNab, who had the easiest of finishes.

If Stranraer were hoping to regroup in an attempt to get back into the game, they were hit with a second just moments later.

Kieran Ngwenya played the ball into Higginbotham and his pass was perfect for Reilly, who curled a low shot beyond the reach of Scullion.

The Blues had come from 2-0 down against Kelty at New Central Park earlier this season and would need to do the same again to take something from the match.

Tommy Muir was on the scoresheet on that occasion and he almost halved the deficit on 73 minutes.

He played a clever one-two on the edge of the box but could only drill his shot against the legs of the onrushing Jamieson.

That proved as good as it got for the Blues, who almost found themselves 3-0 down in spectacular fashion.

There seemed little danger as Higginbotham headed away from goal but his volley back across goal struck the underside of the bar and bounced down.

Then, three minutes later, the former Partick Thistle and Motherwell man did get his well deserved goal.

Stranraer could only clear the ball as far as the edge of the box and Higginbotham floated a superb lob over Scullion.

The final away game of the season for Stranraer comes at Ochilview – a ground where the Blues have had impressive results in the recent past.