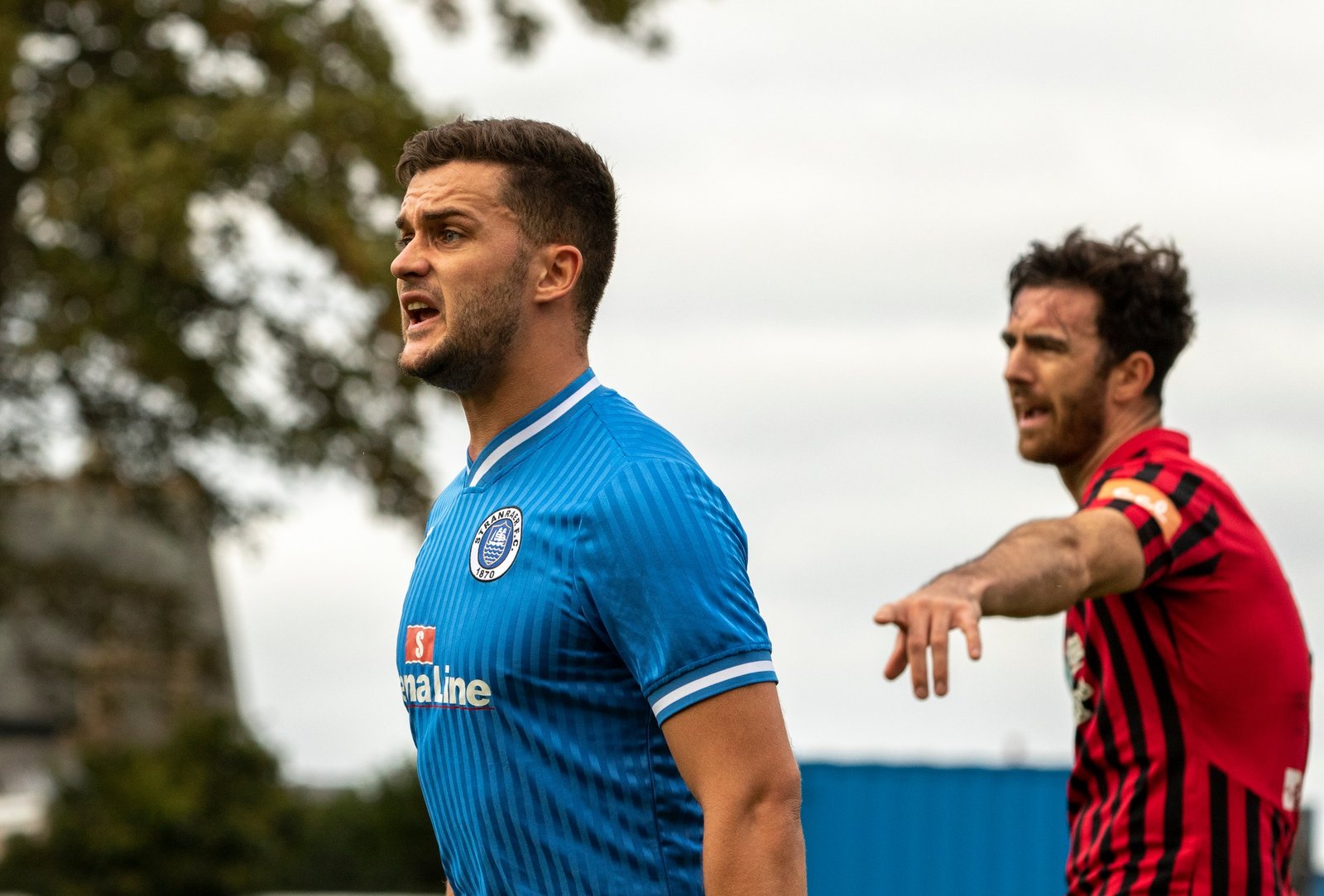 The Blues had avoided defeat in their five league contests at Stair Park, including back-to-back wins over Dumbarton and Albion Rovers.

Jamie Hamill made one change from the side that had taken three points against the Coatbridge team, with Luke Scullion recalled to the team in place of George O’Connor.

Dean Hawkshaw and Paul Woods had already had chances in the opening stages before Elgin got their noses in front on four minutes.

Darryl McHardy escaped down the left and when Stranraer failed to clear the danger, Kane Hester smashed through Scullion at his near post.

It was a blow for the home side and things would get worse before the half hour mark.

Hesitation between Kyle Girvan and Scullion allowed Hester to nip in between the two Stranraer players.

He knocked the ball beyond the goalkeeper before going to ground and referee Iain Sneddon pointed to the penalty spot.

Russell Dingwall was trusted with taking the spot kick and slotted home to give Stranraer a mountain to climb.

It looked very much like it was not going to be the home side’s day when the frame of the goal denied them 10 minutes before the break.

Luke Watt’s cross was chested down by James Hilton and Scott Robertson’s volley flew over Daniel Hoban, only to clip the crossbar and loop out of play.

The setback was only temporary as Stranraer were awarded a penalty of their own barely 60 seconds later.

As the ball bounced around the box, Dylan Lawrence was adjudged to have handled it when going to head clear.

Woods, whose spot kick was saved against Albion Rovers seven days ago, made no mistake in halving the deficit and sending Hoban the wrong way.

Then, seconds before the half time whistle, it was very much game on as Stranraer pulled level.

The Elgin defence backed off as Hawkshaw collected the ball 30 yards out and he then coolly beat Hoban from outside the box with a low drive.

All to play for in the second half but Stranraer quickly found themselves behind once again.

Hester’s shot in the box was blocked and McHardy sent a crisp volley just out of the reach of Scullion.

From there, Elgin managed the game and restricted Stranraer to precious few chances.

The best opportunity came for substitute Scott McLean but he sliced his effort into the side netting at Hoban’s near post.

Any chance of a comeback was ended with seconds left when Craig Ross was shown a second yellow card after a tackle in the middle of the park.

Stranraer now look to bounce back and, hopefully, regain a play-off position with a trip to Annan on Saturday.