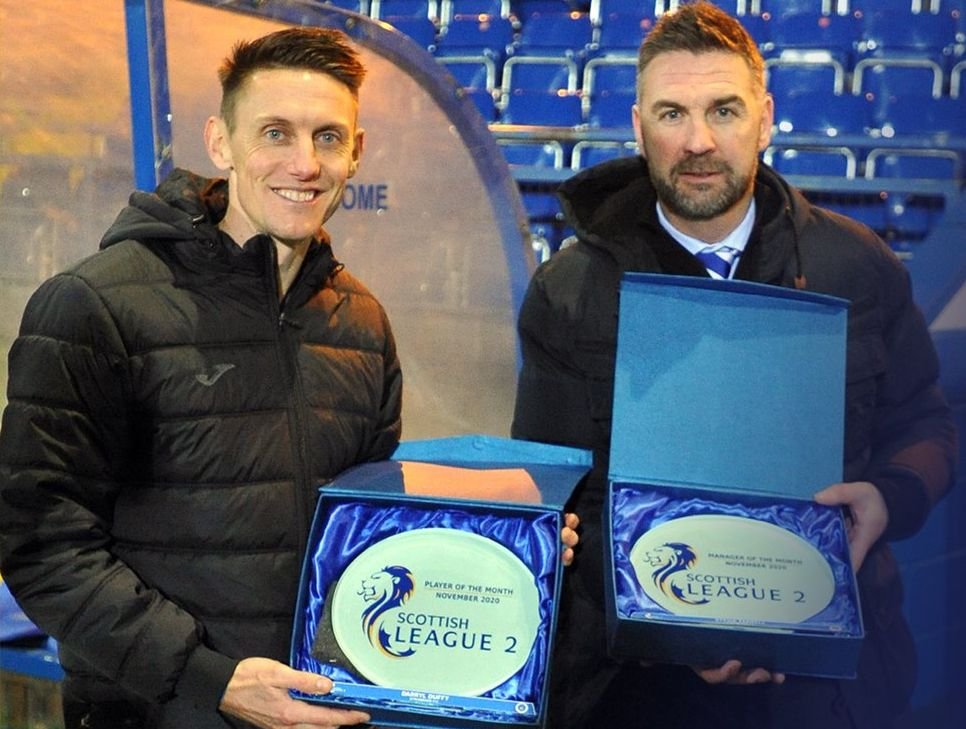 We are pleased to confirm that manager Stevie Farrell has agreed a two year contract extension to continue in his role until May 2023.

Farrell, who has been at the club for more than four years, has seen his squad produce some fine performances this season as Stranraer continue to chase a promotion play off spot.

The manager said: “I’m grateful to the club for the trust they have shown in me and I’m sure we can continue to be successful both on and off the pitch.

“I’ve got my focus firmly on our remaining league games obviously but I can now turn, with my coaching team of Frank McKeown, Eric Phillips and Jamie Hamill, to putting my plans for next season into place”.

Chairman Iain Dougan said: “Stevie is a good fit for our club and we are confident that under his continued leadership we will continue to progress and remain competitive”.

The contract was signed on the back of a run to the last 16 of the Scottish Cup and a fine three-match winning run in the league which became four just hours after the extension was agreed ahead of the Queen’s Park match on Friday.

The deal was signed off as the Blues prepared for another crucial task against Elgin City on Tuesday night.

No spot kick concerns for Connor