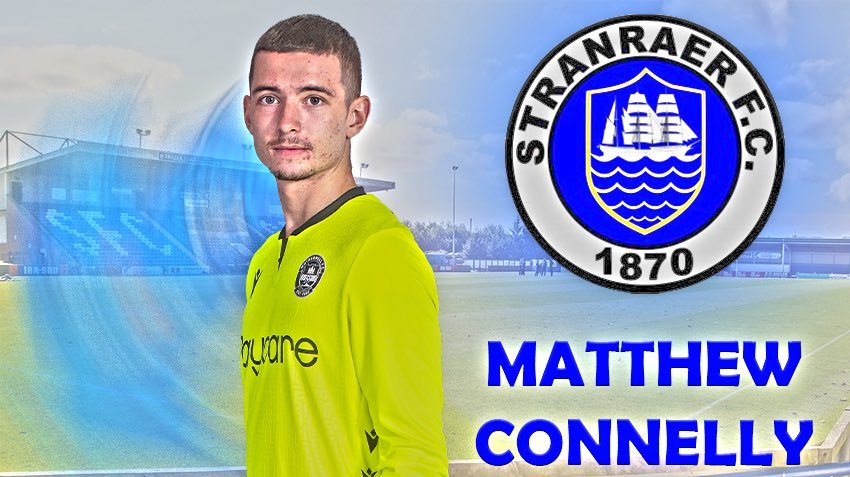 We are delighted to welcome Motherwell goalkeeper Matthew Connelly to Stair Park.

Following an injury to Blues keeper Luke Scullion, Matty has joined us on loan until the end of the season, having been involved with the first team setup at Fir Park.

The 19 year old spent time on loan at Gretna 2008 last season, and represented Scotland Under 16s against Australia in January 2019.

Matty goes straight into our squad for Saturday’s trip to East Fife.