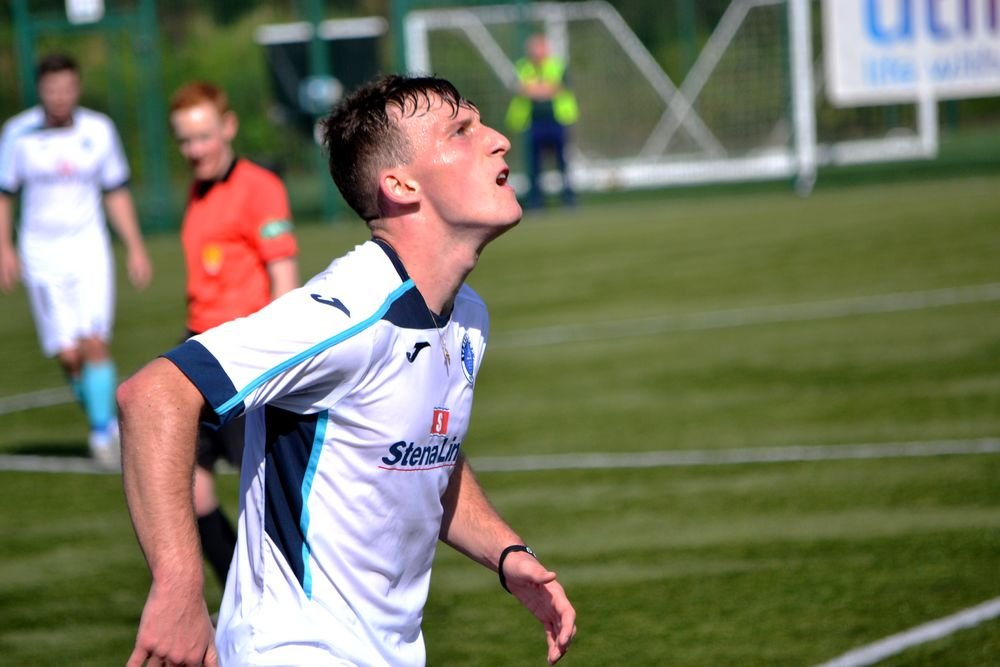 RUARI PATON scored a second half brace for Stranraer against his former club, after three first half goals for the home side.

Stevie Farrell once again took the opportunity to give all members of his squad a workout, with several changes in the second half.

James Hilton missed out on the action, having picked up a minor hamstring injury during the week.

East Kilbride named several experienced SPFL campaigners in their side, including Chris Erskine, Paul Paton, Anton Brady and a string of ex Blues.

Two of those former Stranraer players linked up to put the hosts in front in the ninth minute from a quick passing move, as Craig Malcolm set up Paul Woods to slot home.

And Brady capitalised on a return pass to put some gloss on the scoreline right on half time.

Stranraer would soon pull one back after the interval, as a quickly taken Sean Burns free kick found Cameron Elliott.

Elliott’s fine delivery was well controlled by Paton, with the striker finding the net at the second time of asking, after being denied by home keeper Conor Brennan.

With wholesale changes as the second half progressed, it became the proverbial “game of two halves”, with Stranraer now bossing play and looking the brighter of the two sides.

Kilby still had chances, with Luke Murphy dragging a shot wide when one on one with young Blues keeper Jamie Walker, and Paul Woods unable to convert on the stretch.

But the Blues would get the second goal their play deserved with just three minutes remaining.

Scott Robertson did very well to reach a crossfield ball from Kieran Millar, and his cut back was slotted home by Paton for his second of the afternoon.

All in all, it was a decent exercise for the Blues against a strong East Kilbride team, with Alloa Athletic up next on Tuesday night.