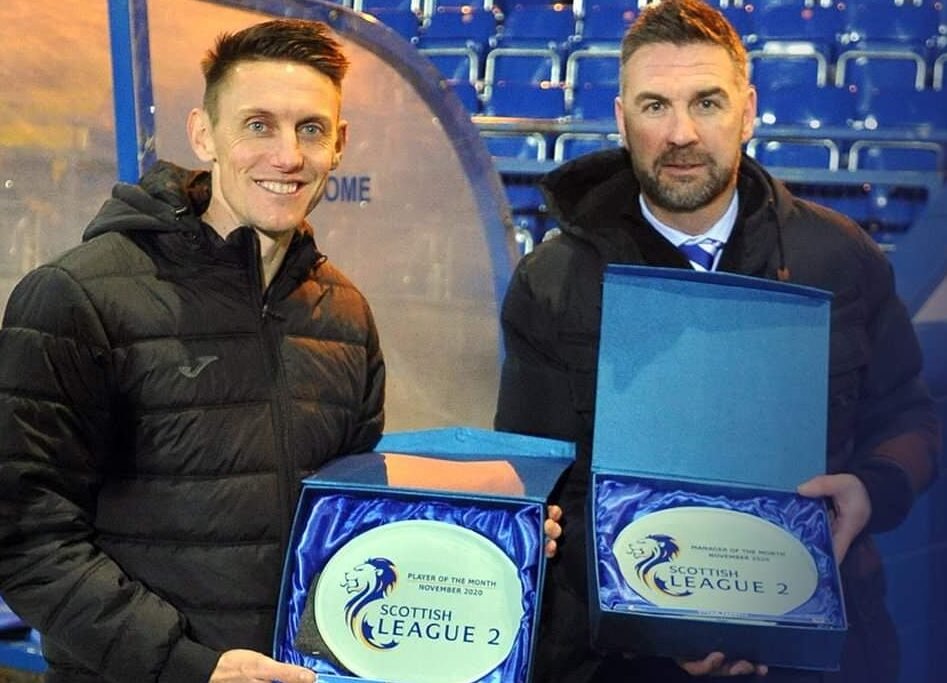 We are delighted to announce that Stevie Farrell and Darryl Duffy have been recognised for their efforts over the past month.

Both men received their awards from the league following Saturday’s match at Stair Park.

Stevie was named League 2 Manager of the Month after steering the Blues to three league wins in November, not to mention impressive cup showings against Premiership and Championship opposition.

Stevie paid tribute to his coaching and fitness staff for their hard work in achieving the award.

Darryl Duffy was chosen as the League 2 Player of the Month following a purple patch not seen since Jamie Longworth’s scoring spree in 2014.

Darryl’s strike against former club Stirling saw him score in five consecutive games, with many of those goals helping to secure victories for the Blues.

Our congratulations to both men for their efforts.