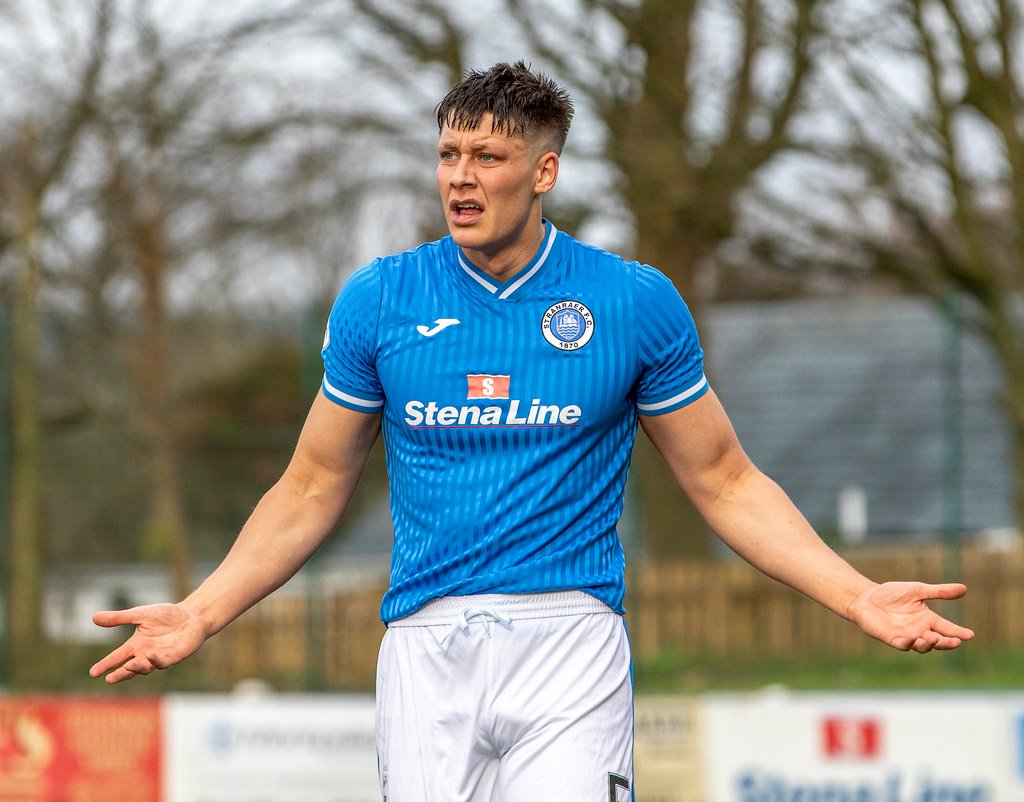 Through the week, we will take a look at each of those players who was involved with the first team – this time, it’s the turn of the Blues defence.

Player/manager Jamie Hamill said from the outset that his focus would be from the dugout rather than on the pitch. He remained true to his word, only being listed as a substitute on a handful of occasions. That included a trip to Forfar in August when the Blues could only list 14 players. His one appearance came on January 2 against Annan Athletic. He played 89 minutes before stepping aside to be replaced by Josh Rennie in the 1-1 draw.

Experienced defender Scott Robertson officially became part of the coaching team alongside Jamie Hamill and Darryl Duffy following the departure of Stevie Farrell. The 34-year-old made 36 appearances, missing just four league games – against Cowdenbeath, Edinburgh City, Stirling Albion and Forfar Athletic. Moved back to the central midfield role he played with Stirling Albion and scored in a 4-1 win over Stenhousemuir. He also clocked up four assists – the joint second highest in the squad. Signed on for another season as he closes in on 300 appearances for the Blues.

Central defender Ayrton Sonkur had been a firm fixture of the Stranraer defence in his first season at Stair Park. He had to wait until the trip to Station Park in August to get his first minutes of the campaign but was a regular feature from then on. Clocked up 30 appearances to take his total at Stranraer to 57 – with 56 being from the start. Also doubled his goal tally as he scored against Stenhousemuir, where he was injured in the process, and added number three in the 5-0 thumping of Albion Rovers at Cliftonhill last month. The 23-year-old has moved on and will be playing his football away from Stair Park next season.

Goals in back-to-back fixtures in March ended a more than three-year wait for a goal for Sean Burns. The full-back played the third most minutes out of the entire Stranraer squad. Opened his goalscoring account for Stranraer on appearance number 46 with a header against Cowdenbeath. Six days later he followed that up with a cool finish during a memorable win at Edinburgh City. Slotted in at left back and in the heart of the defence when required and finished the campaign strongly.

Reliable right back Sean McIntosh featured in all three of Stranraer’s Premier Sports Cup games before providing the assist for the first goal of the Jamie Hamill league era. His cross at Borough Briggs was headed home by Grant Gallagher as the Blues picked up a draw. The former Airdrie man also provided the cross for Darryl Duffy’s goal of the season contender against Stirling Albion and teed up Craig Ross for the opener on the penultimate day of the season at Ochilview. The full back has committed for another campaign with the Blues after making 28 appearances.

Loan signing Sam Ellis made his senior debut after replacing Sean Burns in the last few minutes of the 1-0 defeat to Edinburgh City in September. The St Mirren youngster then made his full debut against Darvel in the Scottish Cup and looked impressive. The 19-year-old proved to be a good signing and did not look out of place. Unfortunate to be sent off at Cliftonhill on Boxing Day but bounced back to make a total of 20 appearances in a Stranraer shirt, with 75% coming from the start. Stepped off the bench on the final day of the season against Elgin City and scored the second goal to wrap up three points at Stair Park.