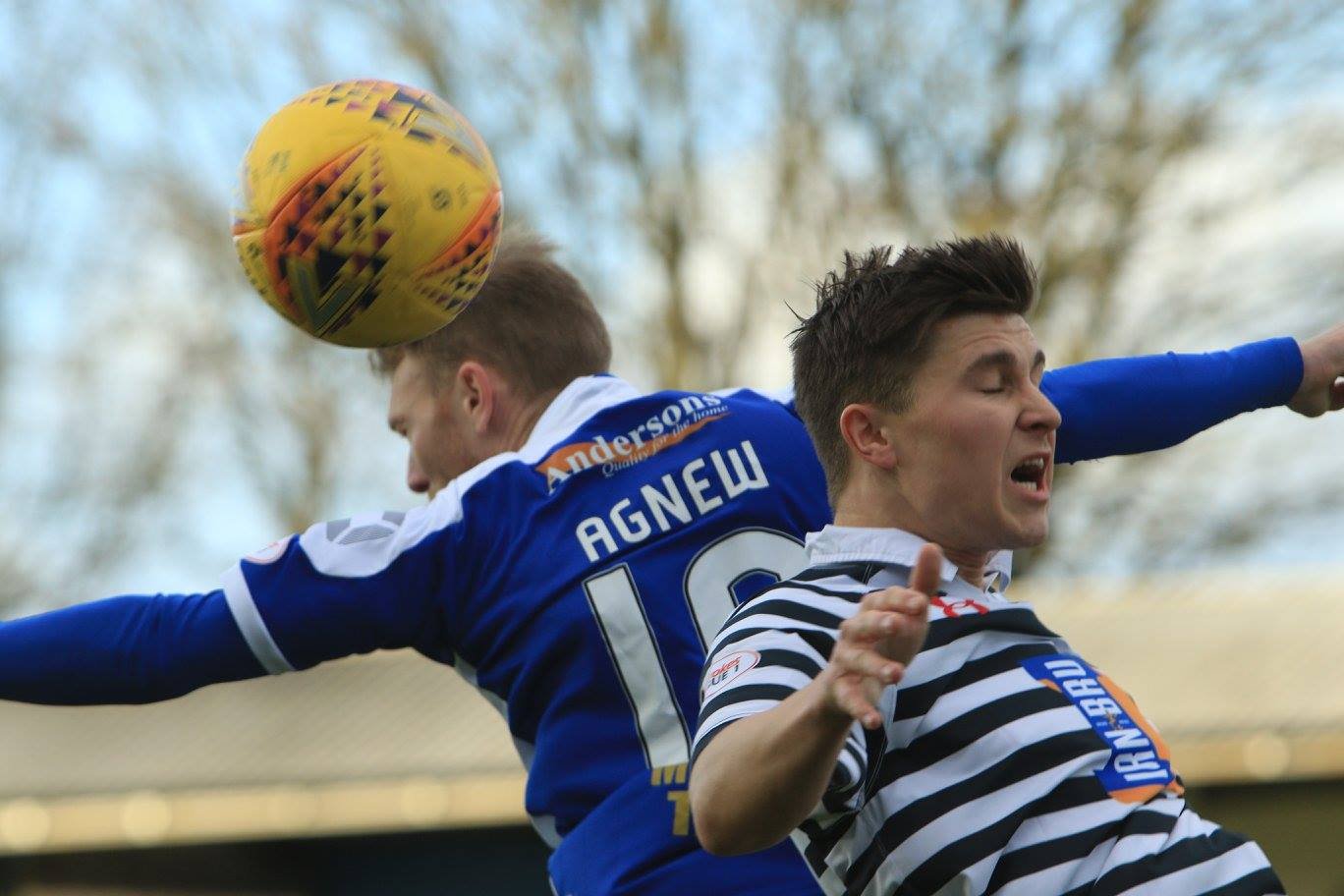 The Spiders last made the trip to Stair Park in March 2018 and came away with a 3-2 victory.

Aidan Keena scored a double for the visitors that day but it was a 73rd minute Burns strike which sealed all three points.

Now, he is looking to complete a unique double and score the winning goal once again… but this time for Stranraer.

He said: “My pal’s wee brother is Max Currie (who was in goals that day), so I know Max well.

“I’ve given him a bit of stick before.

“In the Queen’s Park game, I was actually playing on the right of a three in midfield when I scored that.

“Then, last season for Forfar I was playing left midfield and scored as well.

“I remember both of the goals quite well.

“I’m wanting to score more goals – I only scored one or two last season.

“I want to try to score a good few more this season.”

The 29-year-old was one of many new recruits at Stranraer over the close season.

Stevie Farrell revamped his defensive line and brought in Ayrton Sonkur and Tom Devitt as well as Burns.

In the case of the former St Mirren and Airdrie man, it was very much second time lucky for the Blues boss.

Farrell had been keen to sign the full-back 12 months ago after Burns left Brechin City.

At that time, he opted to remain in Angus and signed for Forfar Athletic.

Now, Farrell has finally got his man, who also had a brief spell at Stenhousemuir last season before it was brought to a halt by the coronavirus pandemic.

Burns said: “It has been great so far.

“I knew when I first spoke to the gaffer that I would enjoy it and I have enjoyed it so far.

“Hopefully, we can get some more wins under our belt but it has been really good.”

A win over 90 minutes has eluded Stranraer in the opening four games of the season, with draws and penalty shoot-outs against Annan Athletic and Albion Rovers in the Betfred Cup, as well as another draw at Galabank and defeat to Elgin City on the opening day of the league season.

The 1-1 draw at Annan last time out came despite the Blues playing more than half the game with 10 men after Grant Gallagher was sent off.

The Stranraer defence held firm to ensure they did not leave empty handed but Burns felt there was more to come from him and his team-mates.

He said: “We just need to be clinical.

“In pre-season and even in the Betfred Cup we created quite a lot of chances but we just need to start taking them.

“I’m sure that will come because we have got good quality up top, with Darryl Duffy, Ruari Paton and Thomas Orr, as well as Andy Stirling and Joao Victoria.

“All are good players and we just need that wee bit of luck for some of the time.

“Hopefully, that bit of luck comes and we convert the chances and put them in the net rather than hitting the post or the goalkeeper.”